We are getting close to the end of this year painting challenge! Many of the participants have already finished their projects, some are even going to their stretch goals! But there is still enough time to add finishing touches to your models! Or, like in my case, get back to painting again! :)

In any case, there are some great updates to check again! Let's begin!

It seems to me that with every week Azazel picks up speed and he is simply providing updates almost every day! Amazing! 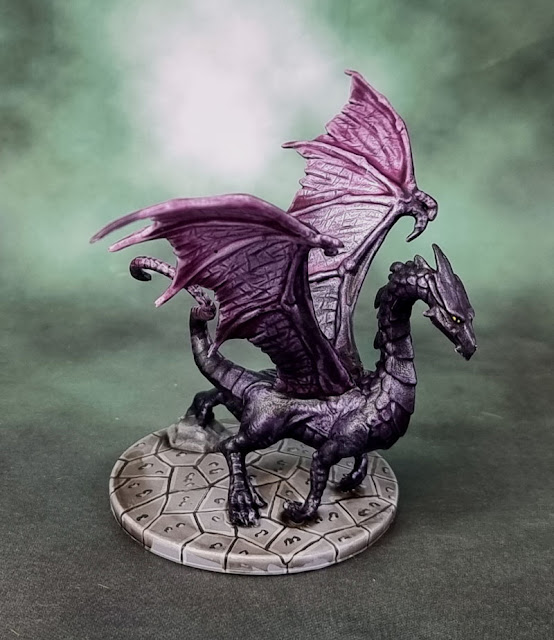 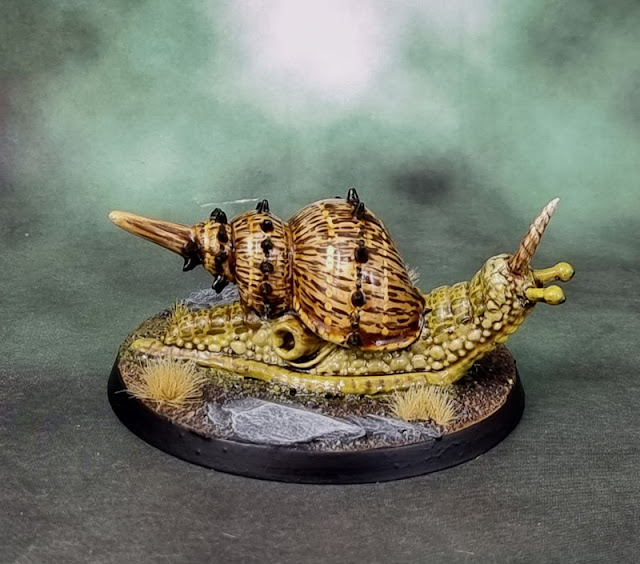 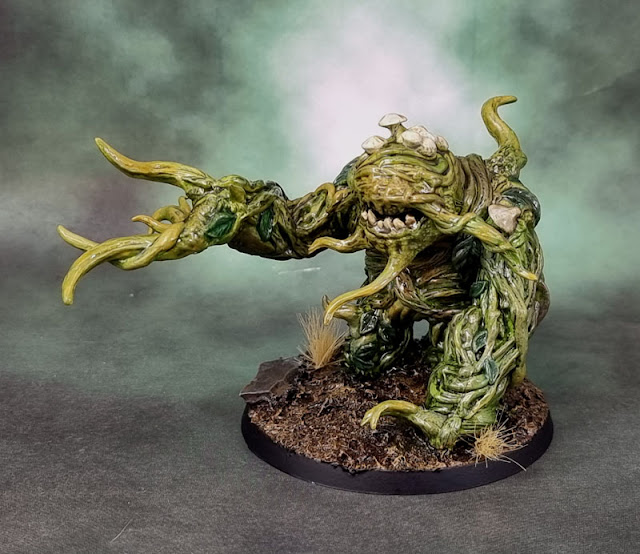 The link to the blog post featuring this bad boy:

Ben did a great job in finishing this huge and unique model for his army for the Beyond Gates of Antares system. Well done indeed! 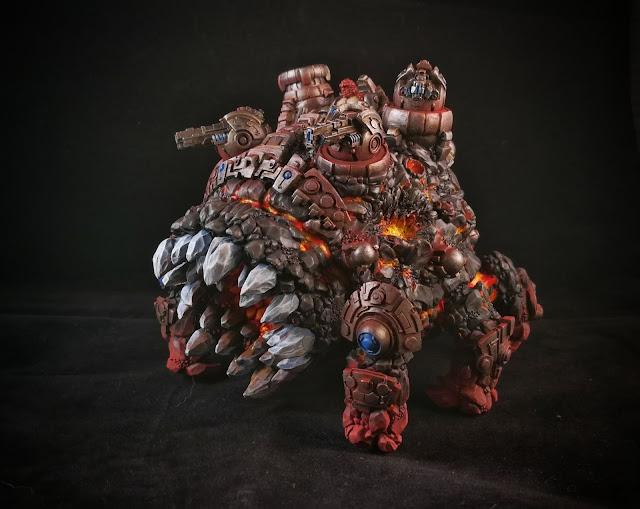 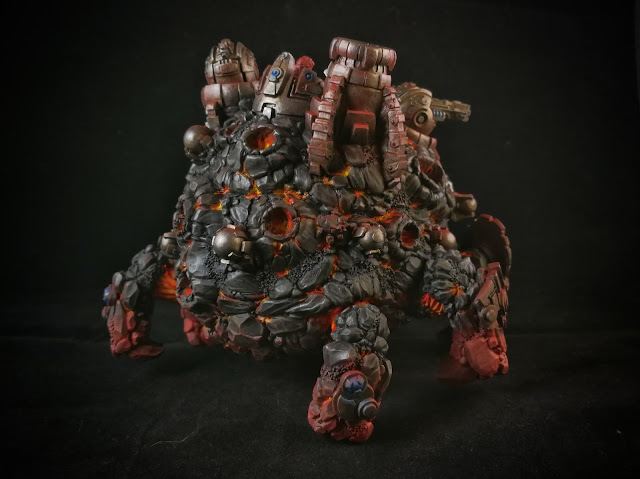 I really love the beast and the great combination of colours Ben used to highlight (literally!) the magma skin and mechanical parts!

Boss has returned with two of his pets! Ancient Vampire and Dragon King! 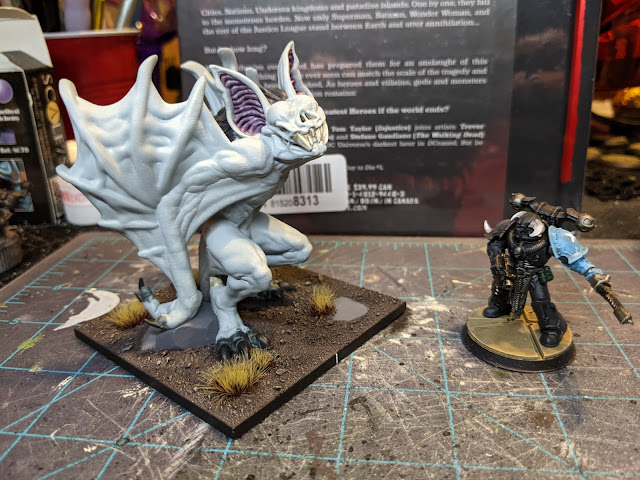 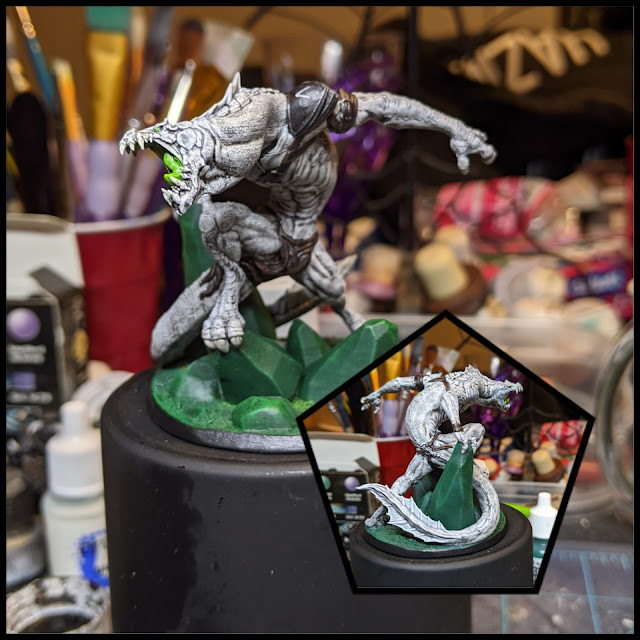 Fantastic models Boss! Great to have you back :)

If you expected updates with the details and regularity of the Priest of Adeptus Mechanicus from DAM then you were correct! DAM can be relied upon and this week he is moving to making and painting the base as well as a selection of weapons for his Titan, check it out! 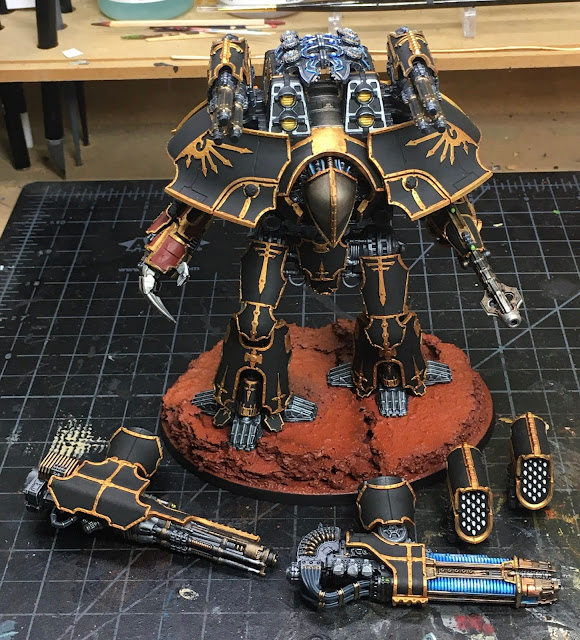 And you would miss a lot if you didn't visit his blog to read about this week update:

You can tell how much Eddie likes his new model by the amount of updates he posts on his Twitter account! 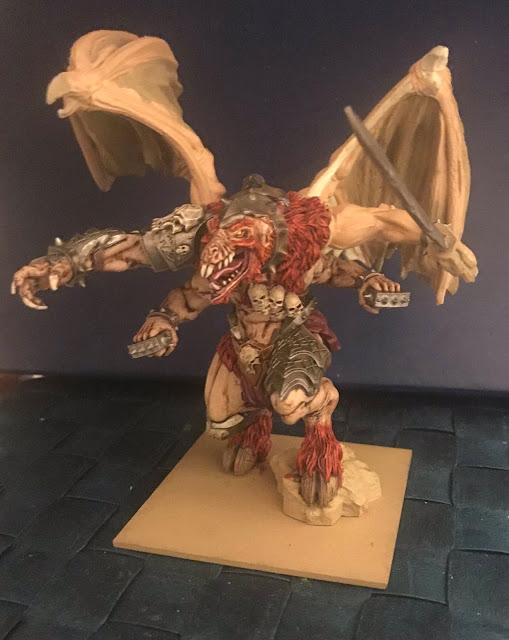 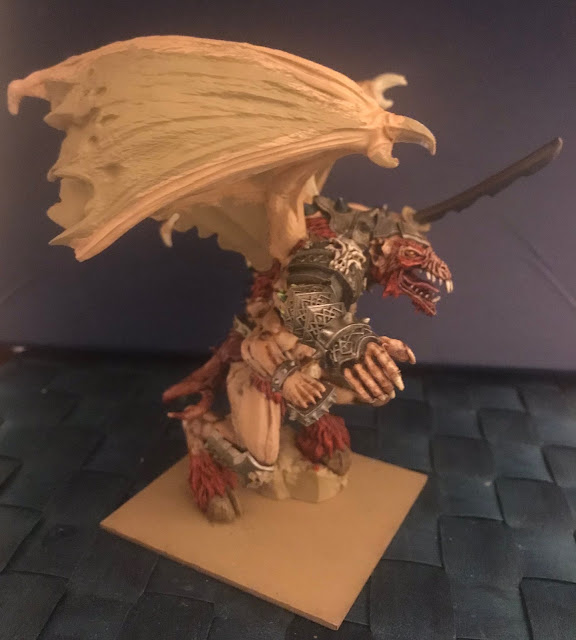 This is really a great model to paint, keep up the great work Eddie!
Ed O'Malley
If you thought Ed would slow down after completing his initial project then you would be wrong? Can't stop, won't stop must be Ed's motto as he continued with more classical models of Golgfag's Ogres! 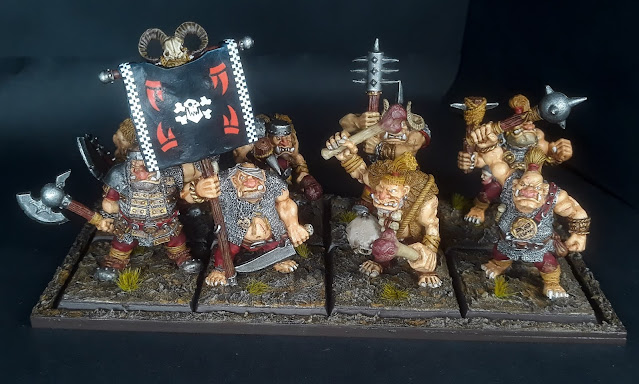 Check out Ed's blog post with more photos of the gang:
Berserkerblade - Classic Ogres
Marc van Holst
Marc did great in the last week and he has just finished his Forest Dragon! 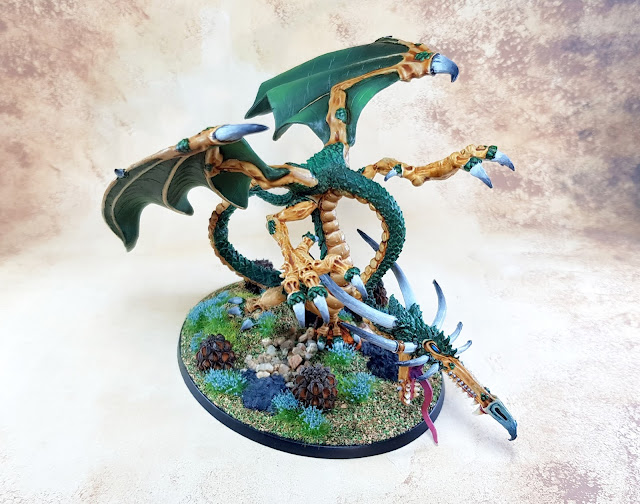 He is working on an appropriate rider. I saw some WiP's but I will keep it a secret until the last update to show you the painted version. I am sure Marc will finish the rider by then! :)
Mikes
Mikes is continuously working on the Stormwind cavalry for his Kings of War army. However, he also promised a surprise, look!

As you can see, Mikes not only completed 8 out 10 knights but he also resurrected a very old but classic model of a Treeman!
Here are more photos of the knights:

Almost there Mikes! Only two more and you have full regiment!
Morofang
Morofang is also getting closer to completion of his really cool model. Here is the most recent photo: 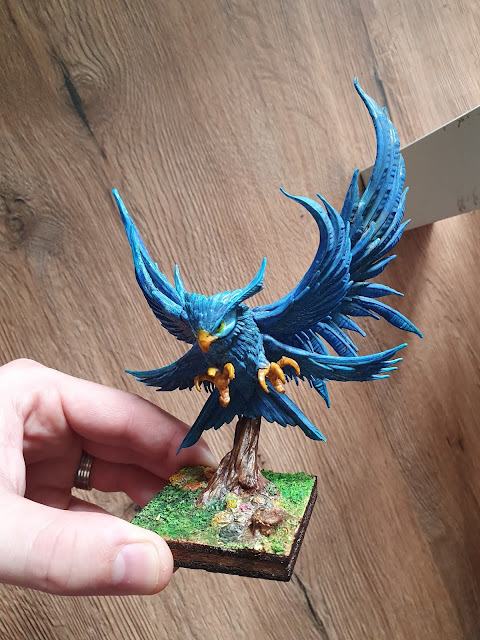 Keep up the great work!
Nav
Nav continues with adding to his army of mythological "De Dannan". This time the Chieftain and the Chariot: 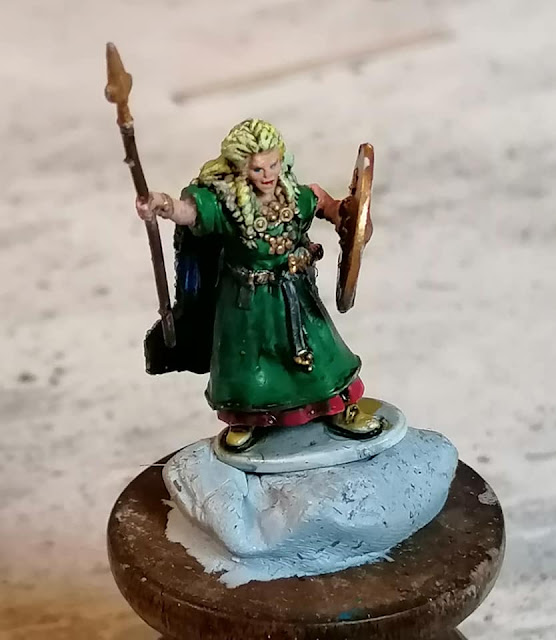 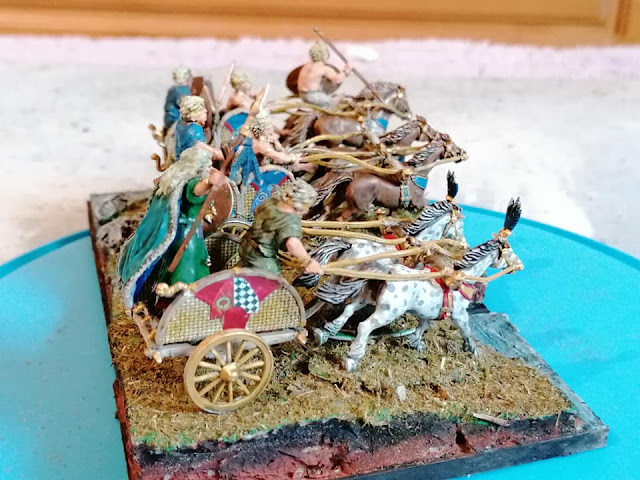 Well done Nav, I can see the army grows fast!
Sceleris
Sceleris is also building and painting new models for his army at a great speed. And they look fantastic too! Check out his most recent addition: 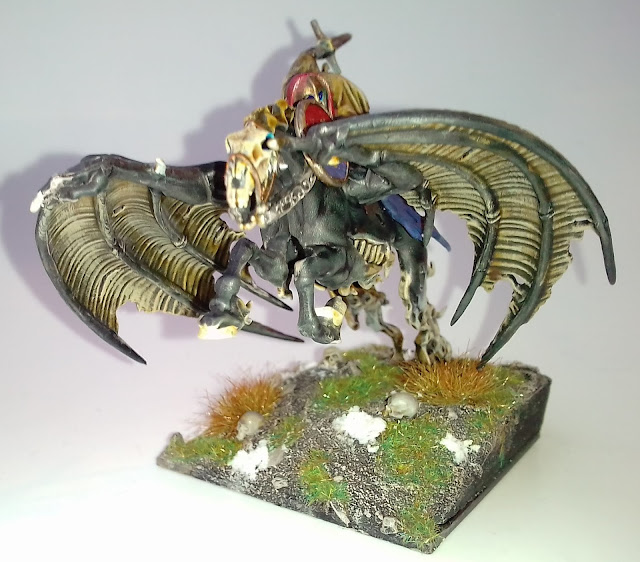 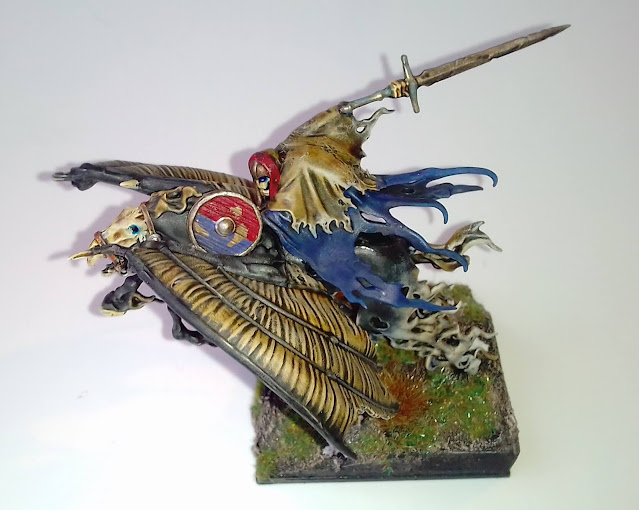 Vince
Although Vince completed his modelling and painting project, it is not the end of the story. In fact, it is just the beginning! Check out the story he wrote for the Halpi's Rift campaign:
Vince on all things Kings of War - Hilda meets Jarvis
Swordmaster
Unfortunately, I did not have enough time for blog posts and painting last week so I had to choose one or the other. This time, because of the 10th anniversary of my first battle report, I wrote about this journey.
However, I have just received my new paint brushes and a few new paints so let's hope I will have some update by the end of the challenge!
As usual, many thanks for all the updates! Great to see models being completed and some new ones being painted as well! We are now heading towards the last week of the challenge. I will collect the last updates and wrap the challenge up!
See you next week one more time!
Posted by Swordmaster at 21:35