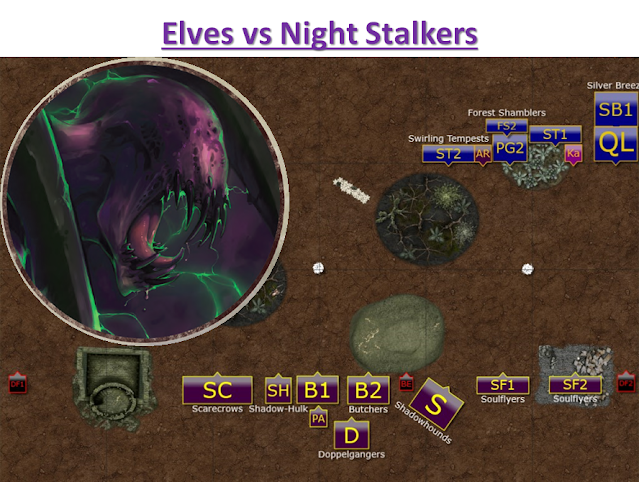 It's been a while since my last battle report. I had far less spare time for hobby in general, let alone for playing games in 2021. That's what happens when you welcome a new family member in your life :) Fortunately, Erasmus (aka DarkBlack on forums and UB2), who seem to be in a similar situation, came up with a brilliant idea of how to help another new dad not to lose touch with the hobby completely. He reached out and suggested we use Universal Battle 2, with its great feature of saving games, to ... Play By Email!

If you have never hear of this way, I recommend you check this video by everyone's favourite KoW community member:

Death by Dragons - How to use UB2 to play KoW by email!

In short, you play on UB2 one turn at a time, on your own, whenever you have a bit of a spare moment to do so. It is obviously not the same as playing a full game in one go. But when you are not able to reliably lock 2-3 hours at particular time of the day, then this is a perfect solution.

A huge "Thank You!" to Erasmus for reaching out and suggesting we play this way. And even more so for being extremely patient, as it took me quite a long time before we could finally begin our first game. However, when we finally started, all went smoothly and we were able to play a turn each almost every day.

I must admit that there are some aspects of this way of playing the game I like a lot! For example, I really like that I can take it easy and think a bit about my moves without time pressure. Interestingly, it does not result in me spending a lot to make the moves. It is more about the comfort of doing it at the pace I wanted. This was quite important when everything else in life seemed to be quite hectic, changing fast and quite unpredictable! Hence, a bit of peace to enjoy the hobby was exactly what I needed.

For our first game by email, my opponent chose his Night Stalker army. I consider this faction to be an archenemy for the Elves so I was thrilled to fight against it. It can be equally fast but is also significantly different in many aspects. Perfect enemy for an interesting game!

What is more, COK2022 was released just prior to when we decided to begin and we both modified our armies accordingly. Erasmus tells me he didn't change much in his force but since a number of units in the Night Stalkers list were updated, there was a lot to try out as if it was new! For me, I also tried to keep my army as similar to the one I used last time as possible. But as you will see, the same units may have gained some new options and I was curious how would they do this time.

We decided to play at 2000 per side. Here are the details of the Night Stalker army:

Read more »
Posted by Swordmaster at 15:55 No comments: