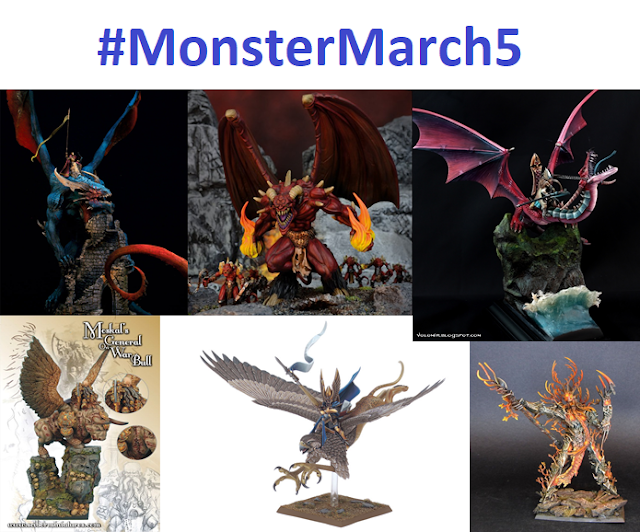 Welcome to the Part 3 of the Monster March painting challenge! We are roughly half way through the month. And I must tell you, that many of the participants made fantastic progress, in some cases surprising even themselves with how quickly they were able to paint their chosen models!

In general, everyone involved is doing great at the chosen pace. I am sure we are all learning new tricks while painting our models. And that is important because: 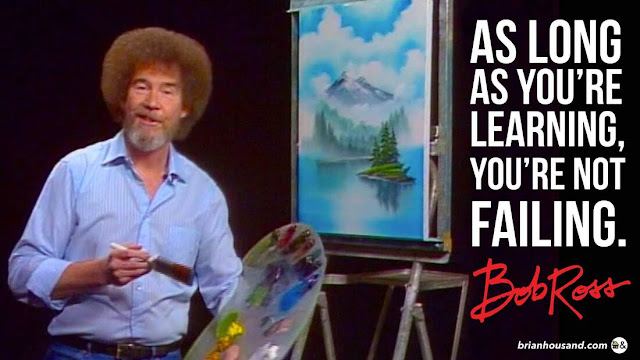 I am sure I have already mentioned that Azazel is a very prolific painter! He also mentioned that he is as master of the Art of Distraction! What it means in his case is that he can be easily distracted by many different models. So while preparing his Yetis, he also got quite a few models on his paint desk: 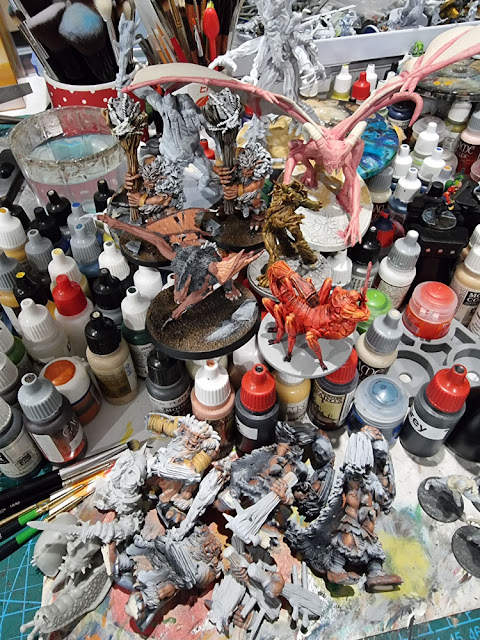 You can read more about the models on the photo in Azaezel's blog post here: 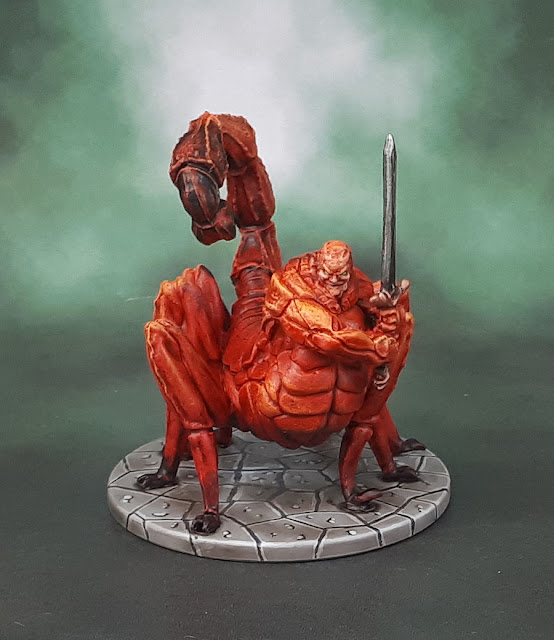 You can also read more about this particular model Azazel is painting in another of his blog posts:

Ben continues with his project and he is very consistent in making progress. It is good to see, especially when real life provides continuous distractions and takes away precious hobby time! 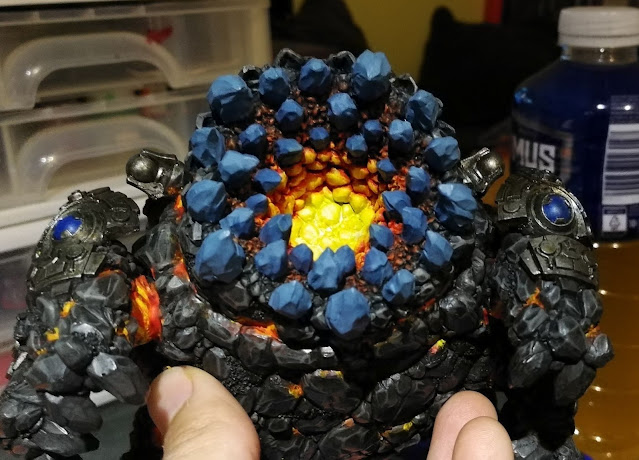 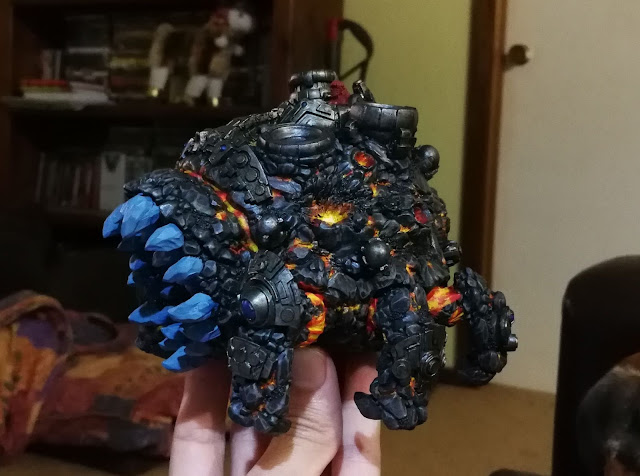 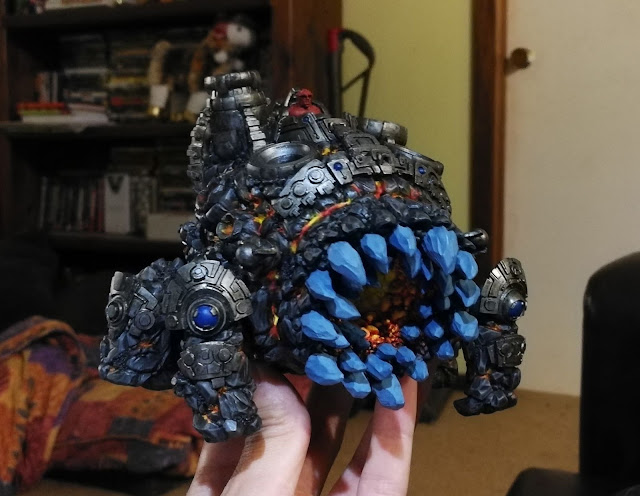 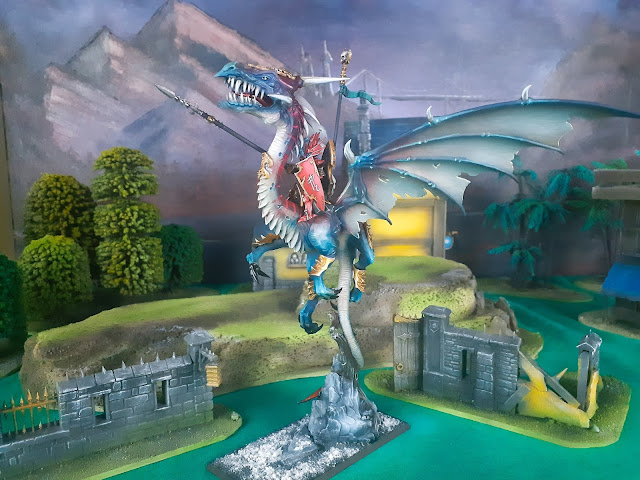 The Dragon looks awesome and you should check more photos of it on Blazmo's blog:

Well done and we are looking for some updates on your next project!

DAM is making great progress with his project as well and methodical and very well recorded approach would make any priest of Adeptus Mechanicus proud! :) 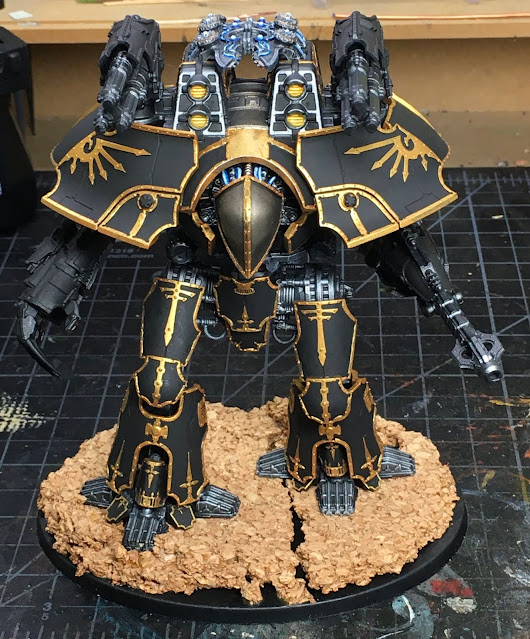 I must admit that although I do not paint 40k models anymore these days, every time I check DAM's work, it is very tempting to reconsider! Perhaps I will wait a bit until there are models for Eldar in Adeptus Titanicus :)

I highly recommend checking DAM's blog post on the progress he made in week 2:

Eddie kept himself busy with all sorts of models for different games and systems but all of them fir the Monster theme of the painting challenge. But what is most important, his chosen model finally arrived and Eddie wasted no time in starting his new project! 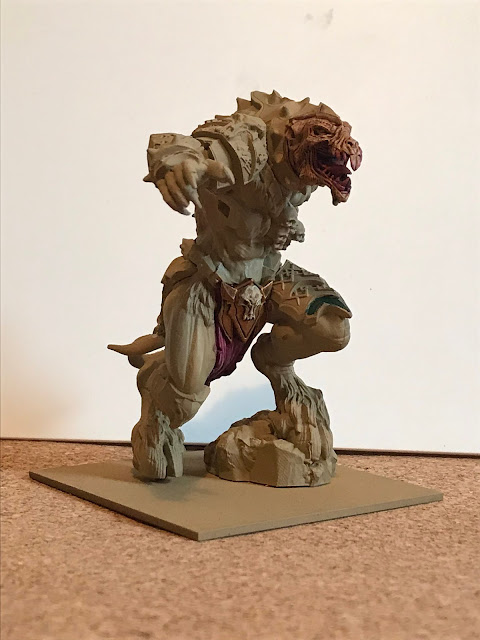 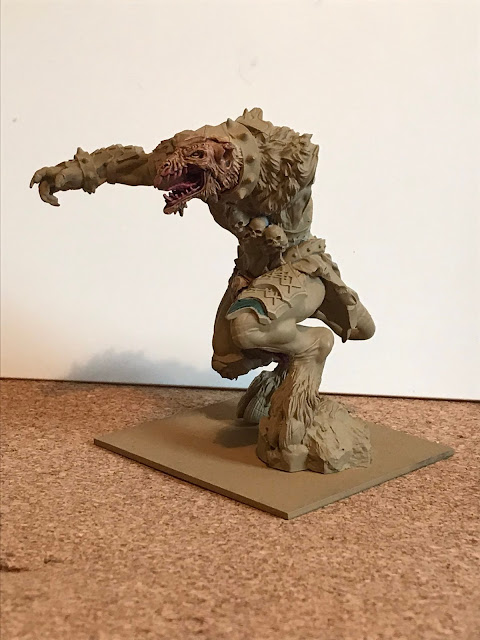 Really cool looking model and I am sure it will be fun to paint!

There must be something about these Dark Elf monsters that they make people so enchanted with them they simply cannot stop painting until they are finished! Ed has already finished his War Hydra as well! Great job, Ed! 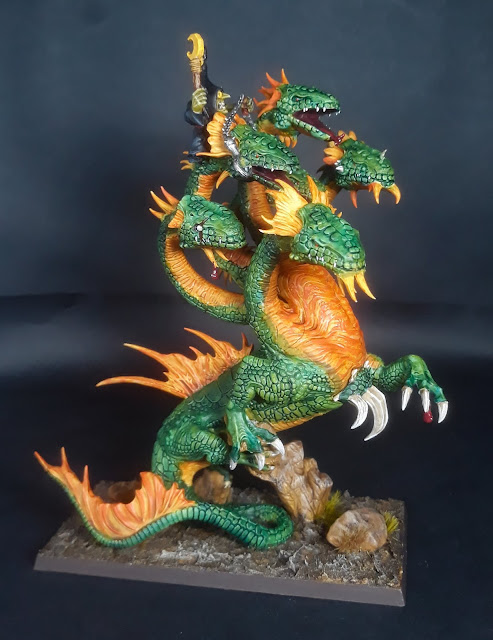 Check up more photos and details on Ed's blog:

Findol chose a very nice model of a Dragon for his project and made some nice progress. 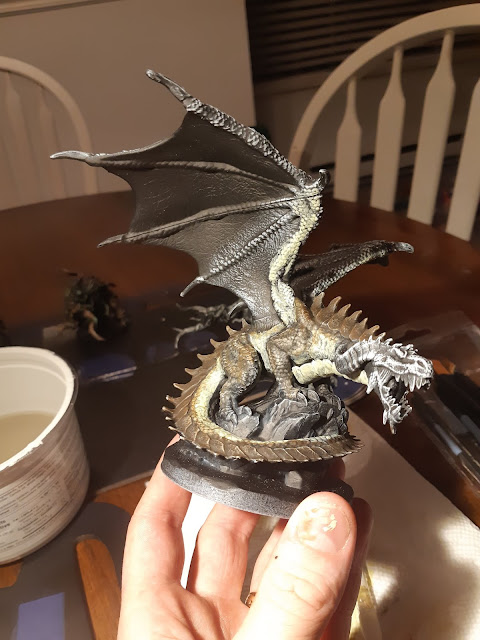 You can check what Findol used as an inspiration for a colour scheme here:

I could not believe it when I saw it for the first time but no other but legendary Gav Thorpe reached out on Twitter and pledged a fantastic model of Mindstealer Sphiranx as his Monster March 5 painting challenge! 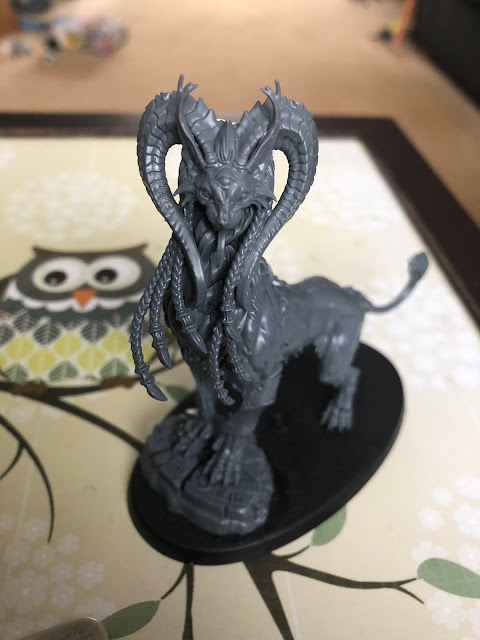 Gave made some great progress too. He is using a very effective technique he learned from Duncan himself, check it out: 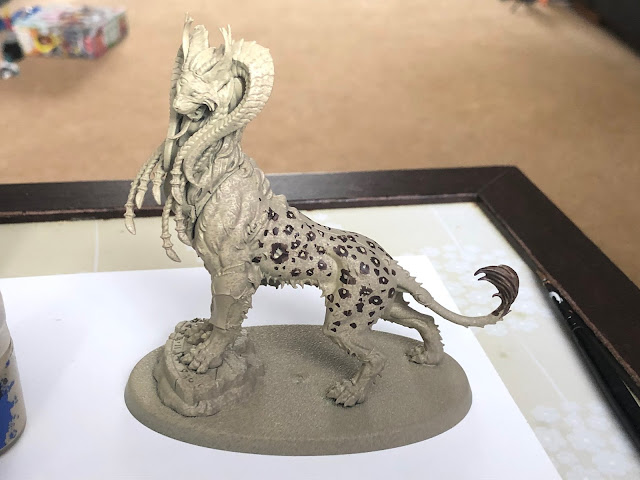 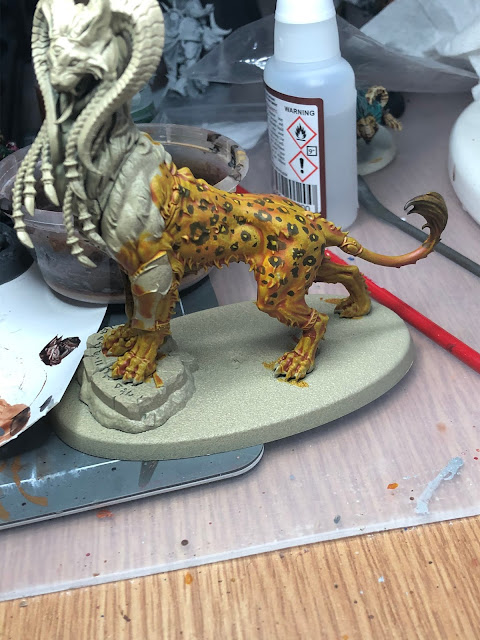 Welcome on board and thanks a lot for joining us, Gav!

Mark is making a steady progress with his Forest Dragon as well. I mentioned last week, that he is taking the approach to painting where he paints elements of the model separately. 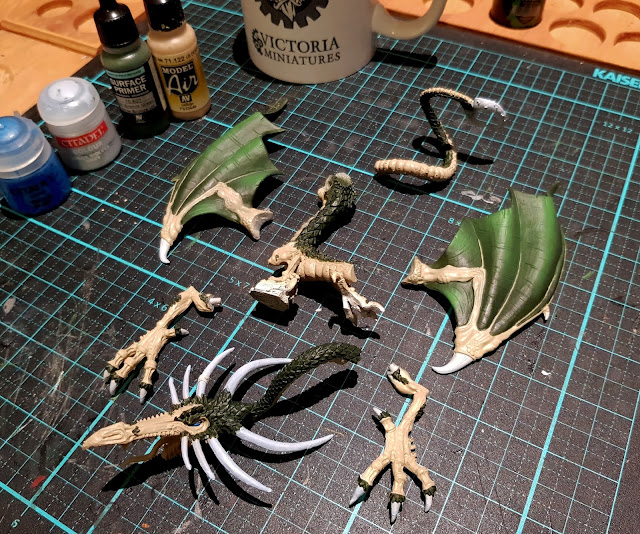 You should definitely check Marc's blog post about this and other hobby projects! 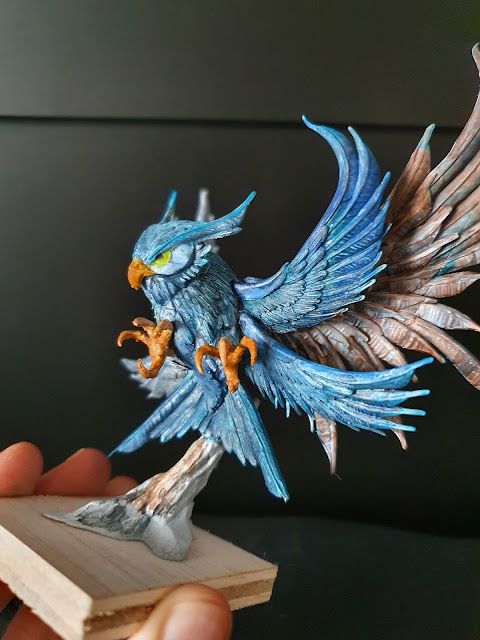 Nav has just joined the ranks of the participants and he decided to convert Giant Eagle into Giant Raven: 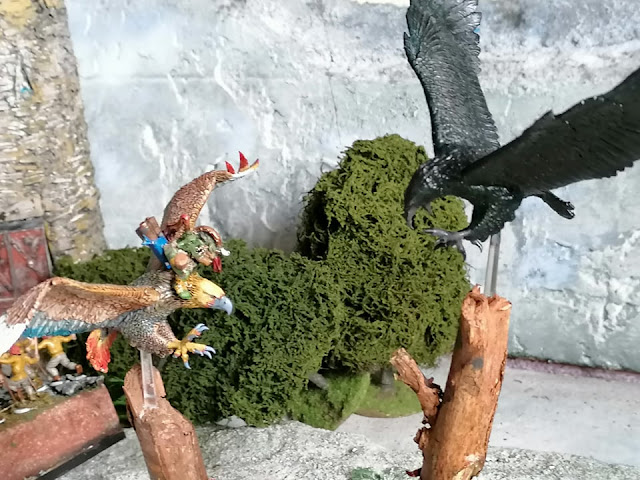 More pictures can be found here:

Thanks for joining the challenge, Nav!

Niall has just completed a horde of Forest Shamblers for his Kings of War army. That in itself would qualify as a Monster March project but Niall is using the momentum to work on a Giant too! 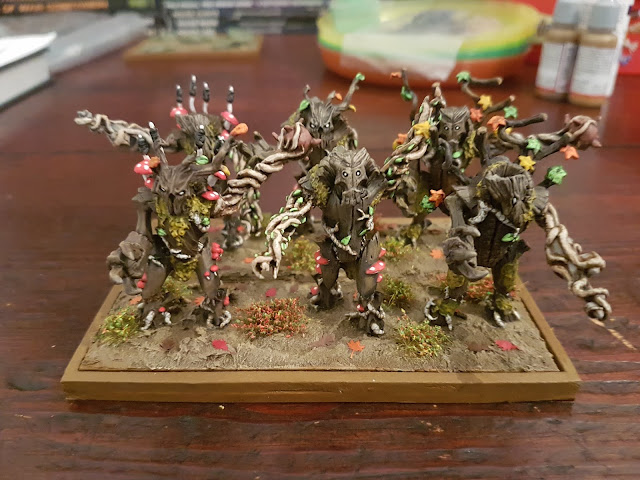 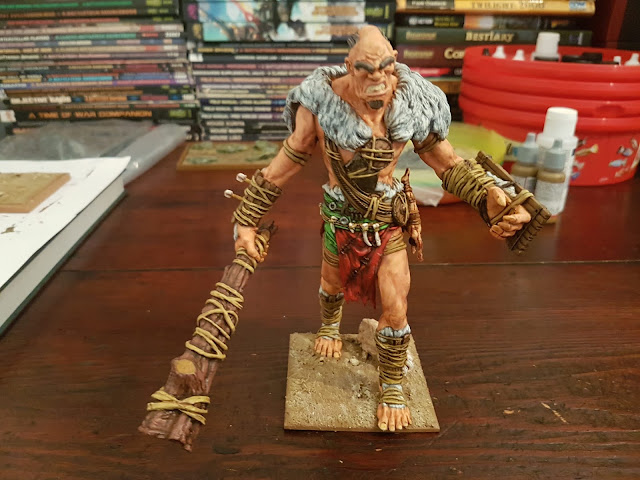 More pictures of Niall's Shamblers can be found here:

Sean has made some really nice progress with his classic Treemen. I like how he achieved a very nice effect with the warm colours on the model. Reminds me about Summer or early Autumn in the forest :) 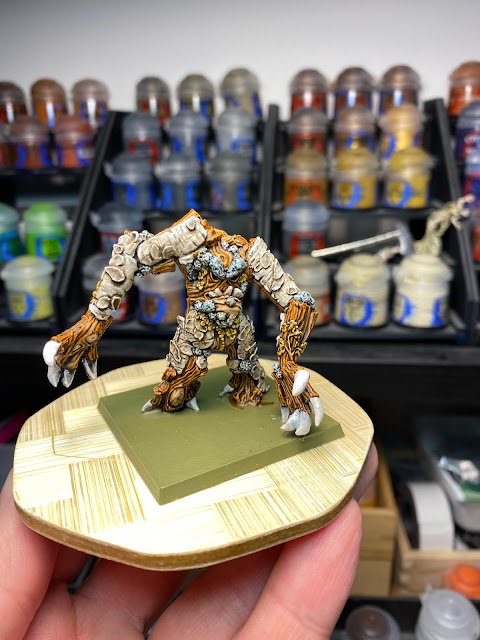 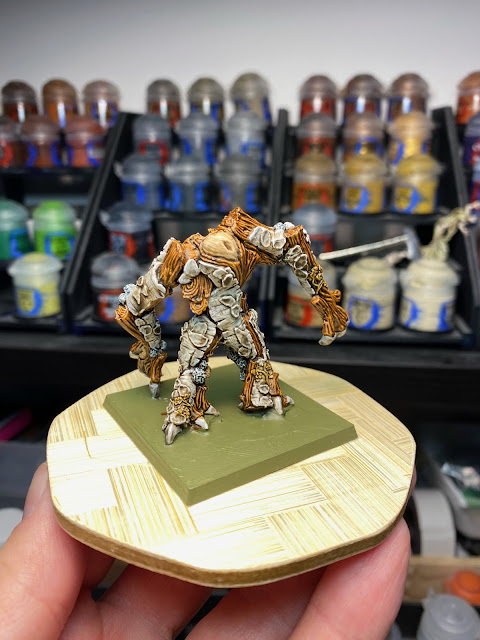 Keep up the great work, Sean!

Sceleris is using his Bitz Box to a great effect! He had a model of the Purple Worm by Reaper, added pair of wings and created his own model of the Revenant King on a Great Wyrm with Wings for his Kings of War Undead army! 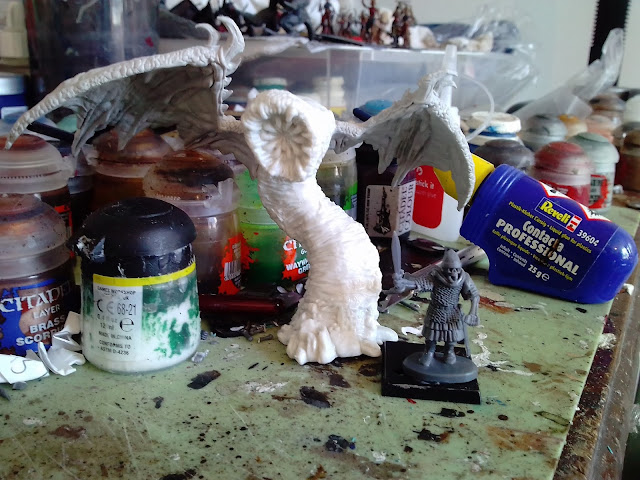 Last week Vince completed the modelling part of his Goreblight model for his Kings of War Undead army. This week he completed painting and the last element left to finish is the base. Well done, Vince! 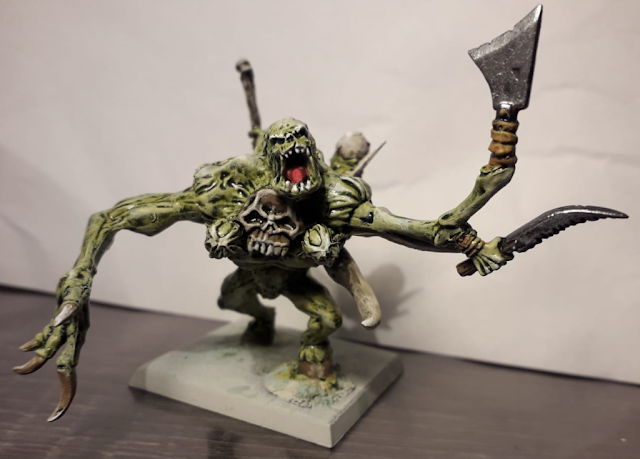 Vince on all things Kings of War

Yan had a great motivation to complete his model before the weekend as he participated in 1-day Kings of War tournament last Saturday. It must have worked for him perfectly, as not only he completed his goal but also ended up 2nd, as one of the two players who won all his games on the day! 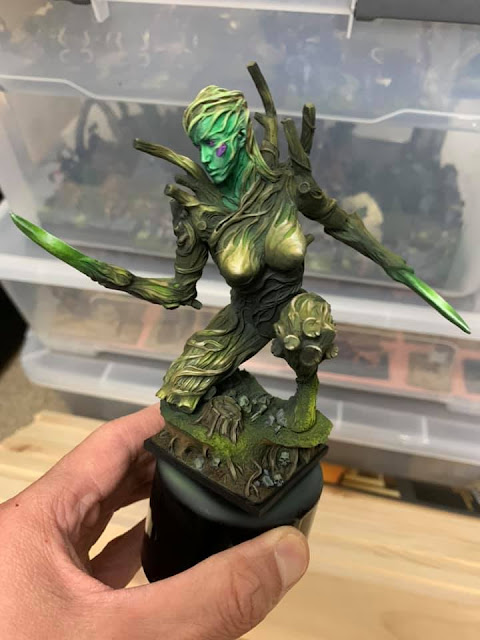 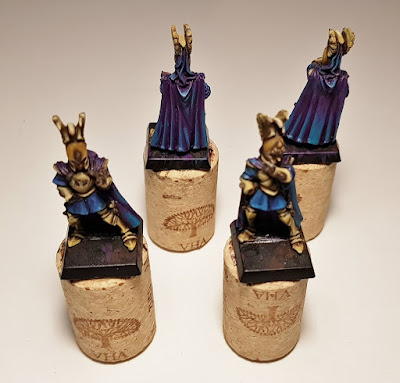 I continued with the Palace Guard. I needed to correct small elements on the regiment base and then decided to improve the contrasts on the cloaks. And worked on the armour on my first batch of 4 models. Next, gems, faces and halberds. Then I can start fixing first models to the base!

Many thanks for your contributions and updates from the last week! It is fantastic to see some of you completing the challenge already! For those of you who are still working on or even just started, don't worry! There is still plenty of time and it really is about the journey itself!

And as always, if you would like to participate, it is never too late!

See you next week!

Posted by Swordmaster at 19:31