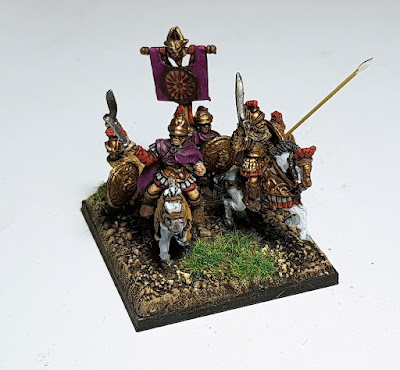 I have just finished the series of the battle reports from all my games I played during Mortem et Gloriam tournament in the frame of CanCon2019 event. I greatly enjoyed reviewing the battles and I have already learned a few valuable lessons by doing so. What is more important, however, is that I hope the series provided some entertaining read about MeG games.

In this post I would like to summarize some of my observations and experiences from what hopefully become the biggest MeG tournament in the Southern Hemisphere :)

I would like to begin with saying Thank you! to Dean who was the organizer of the event, my opponents: David, Stephen, Dru, Carl, Leigh and Paul, as well as all the participants. Thank you all for the fantastic event!

Traditionally, CanCon takes place in EPIC center in Canberra and usually takes two large pavilions. As it is the middle of the summer, air conditioning is crucial. This year we hit around 40C so I am glad we ended up in the larger of the two pavilions that has better ventilation system.

It was, obviously, very busy with countless participants of various systems, visitors etc. but Mortem et Gloriam group was allocated tables that were in a convenient spot. We had enough room between the tables and that definitely contributed to feeling quite comfortable during the games.

The tournament was organized in an open format which was a good thing because it allowed larger number of players to participate. As the interest in the system is still growing, the more accommodating the tournament requirements are for new players the better. I have already learned that the game mechanics work well for armies from different historical periods.

We had three and a half hour per each game which was also done with new players in mind. I was really happy about that arrangement as I am still learning how to do things faster. As you could see from my games, it was still not enough sometimes!

However, it also allowed to have games in a bit more relaxed manner. Interestingly, I felt less tired after two games each day (the event last for three days) than during some of my previous events where I played three or even four games daily.

Thanks to that there was a very interesting variety of the factions represented. Even in the frame of a single faction, there were unique choices of specific periods and army compositions. Roman armies were perhaps the best example of that.

The final standing was not decided until the results of the games from the last day. After two days it looked as if Stephen with his Arab Conquest is unstoppable but Andrew with Numidias supported by Romans managed to secure the overall win on day three. Congratulations!

Here is the table with the final standings:

I had really great time and I enjoyed Mortem et Gloriam games more and more! This experience allowed me to get better understanding of the core rules. While there are still occasional situations where I may not remember something or when I am not sure how things should be played, I noticed I am now thinking more about what to do to outsmart the opponent. That is definitely a progress!

I was also very happy to bring fully painted army to the event but I felt guilty I did not have any terrain. Many thanks to all my opponents who had plenty of that to share. Fortunately, I managed to organize some nice terrain shortly after the event. I would like to add a bit more to the current collection to have more varied terrain. I noticed that visual effects nice terrain provides greatly add to the enjoyment of the battles.

The element I need to work on is timing. For some reason my games still take longer than I would like to. Majority of my games lasted 5 turns while I needed 7-8 to reach the conclusion of the battle. I know that playing regularly will help with that but this is a slow process and I need other solutions to help with it.

I noticed that discussing the army I am about to fight against helps a lot. I do not think doing so is going to put my opponent at a disadvantage. Keeping the composition as a secret, even to the point where the opposing player keeps the models under the table until they are about to be deployed, resulted in me choosing conservative play.

Perhaps coming with a more general plan as to which TuG's are going to be deployed together and which commander should be assigned to them will help. In my two games where I managed reach the conclusion of the battle, I felt as if I have a certain plan and an idea how to execute it. In other games the change of plans, for example, definitely slowed me down.

It also tempting to consider changes to the army list itself but I stubbornly try to keep the army as it is and learn how to use each element to the full potential. The only changes I am going to make are due to different size limit of the army. It seems that the events that are being organized now dropped down to 10,000 points.


Thank you very much for reading!
Posted by Swordmaster at 16:21