Greetings and welcome to the 6th edition of Monster March!

Although 1st of March is on Tuesday, I think it is a good idea to start the painting challenge already! It was fantastic to receive a great response from the participants, both new and returning! Thank you all already! Every year your enthusiasm and creativity make the challenge absolute blast and a pleasure to host!

In this post, Part 1 of the painting challenge, I am going to introduce all the participants who have joined so far. Please, remember, there is always time to do so! If you are interested, please check my introduction post for details:

And now, let's see who is going to participate this year!

Azazel is a very prolific painter and modeller and he kept inspiring many of the participants in the previous years. It is fantastic to have Azazel back this year again! You should expect a few models from him, here is the picture of the box of those he considers painting for Monster March! 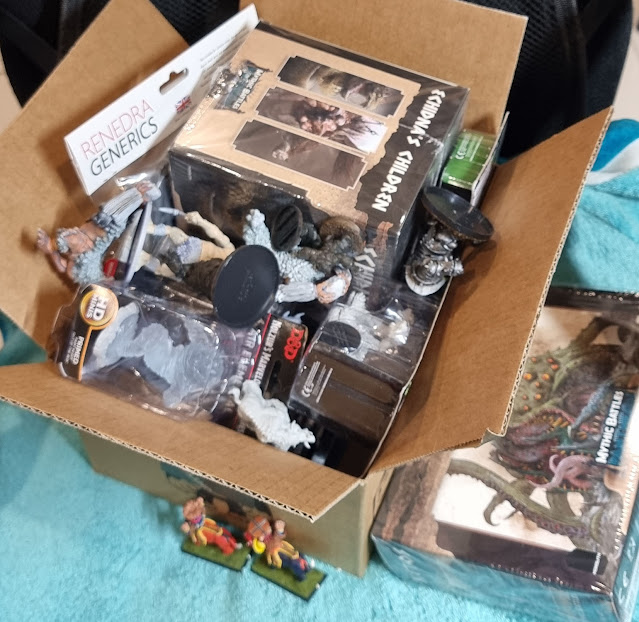 I also greatly recommend visiting his blog. He updates it regularly and often with an enormous variety of models!

If you play Kings of War, especially in Australia, I am sure you have heard about Bensome! He is one of the famous Direct Misfire crew. I am always looking forward to their Podcast's new episodes, which you can find here:

Ben is coming back to the challenge as well and this time he is going to work on his own conversion of the model representing the Avatar of the Father for his Herd army for Kings of War.

It is already a tradition that DAM participates in the Monster March with a model representing a Titan for Adeptus Mechanicus. It may be a Warmaster type of a Titan this year, we shall see! 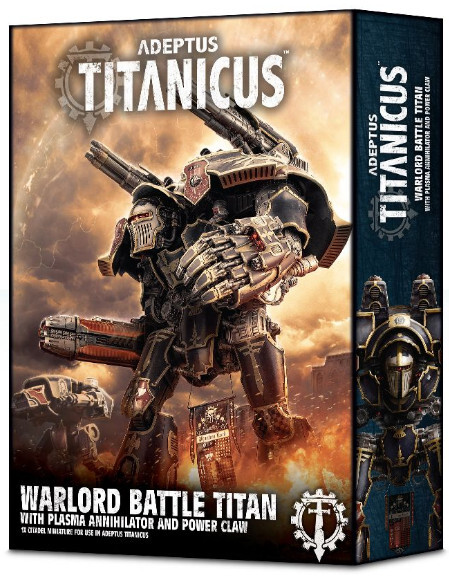 DAM has his own excellent blog and you should definitely check it out!

Duncan is joining the Monster March together with his 6-years old daughter Matilda! Parenting done right for sure! :) They picked some really nice models for the challenge too. 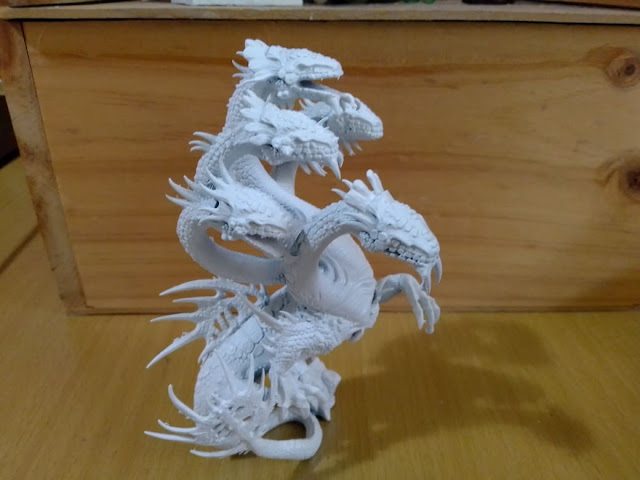 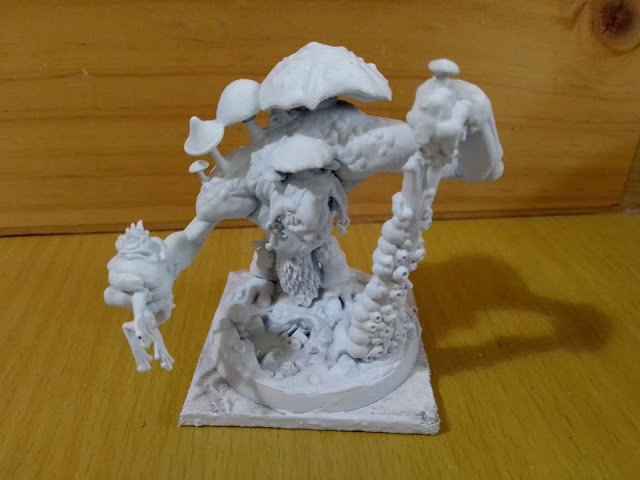 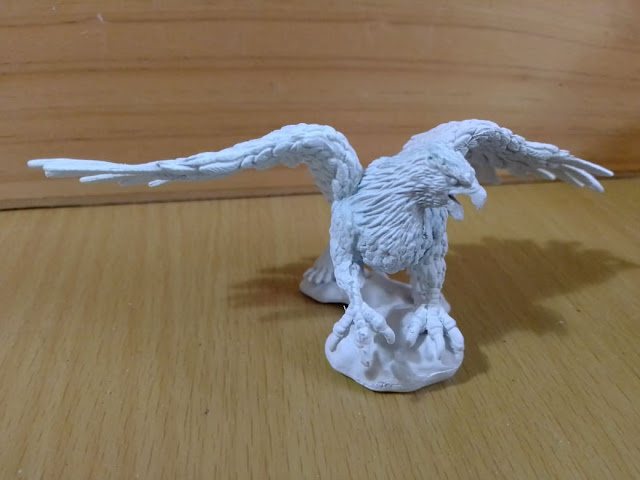 Duncan tells me that he likes to use such monsters in multiple armies he collects. In this way, he can use one model to represent different monsters in each force. He also has a very good plan how to help Matilda with painting too, I will let you know what it is next time :)

Eddie decided to jump on a Halfling bandwagon this year. Halflings are quite popular among Kings of War players, after Mantic released quite a lot of new models. Eddie chose the new Ironbeast (or three!) for Monster March this year! 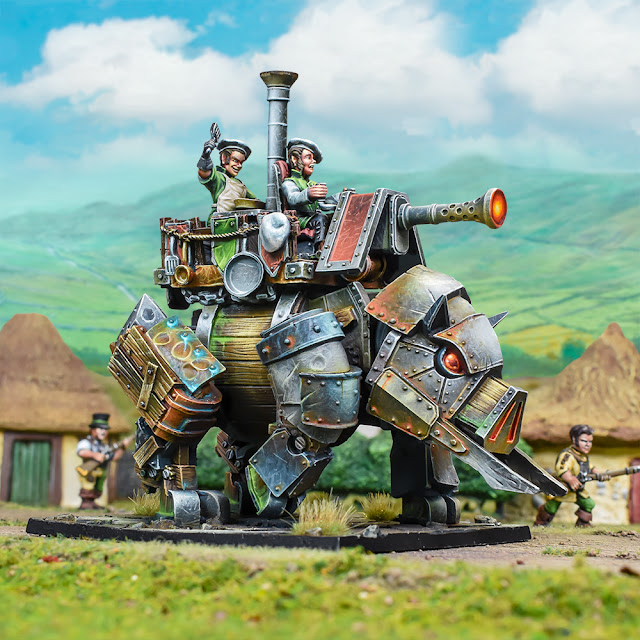 If you followed some of my recent battle reports, you would have met Erasmus as my opponent in the games vs Night Stalkers and Dwarfs. Erasmus chose an appropriate model for this year challenge, Colossal Spider from Reaper to be a central part of his Horde of Fiends! 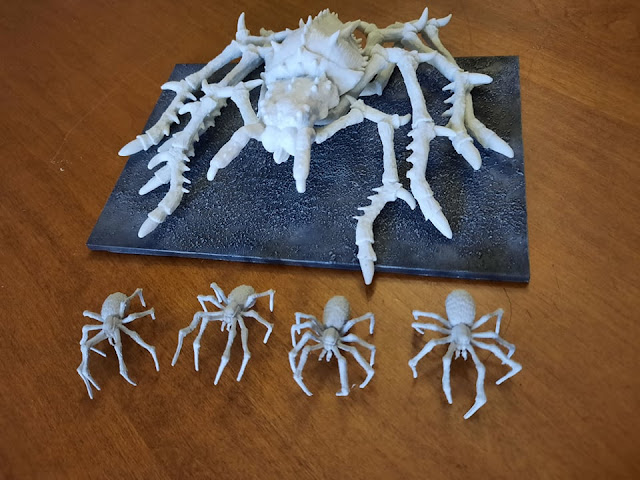 Erasmus is going to post the updates of his project in the dedicated topic to monthly challenges on Kings of War Forum:

John-Paul is a Kings of War player as well and he chose a great model for such a challenge. Archfiend of the Abyss, fantastic model by Mantic! 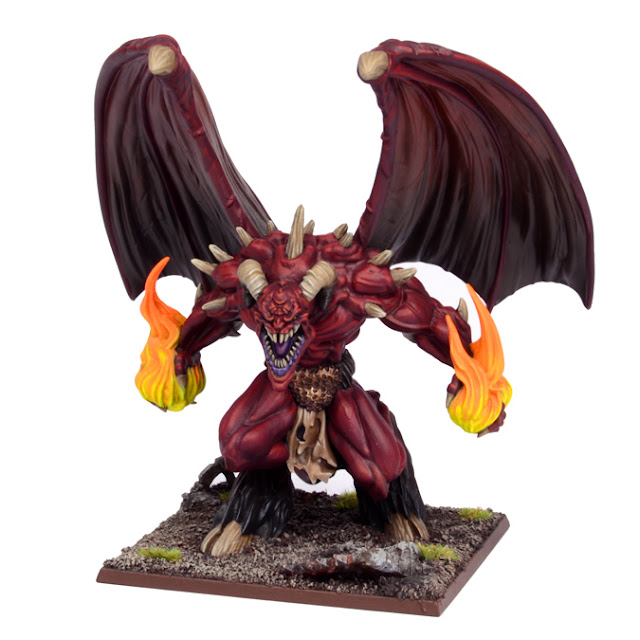 It is going to be a fantastic center piece for his army for sure!

Kristoffer and his two sons, Hektor and Gottried, are participating in this year's challenge for the very first time. They have picked up Kings of War recently and are very busy painting their respective armies. I am very happy they joined as they picked some fantastic models for their projects!

Kristoffer needs a Giant for his Goblin army and he is going to paint this model: 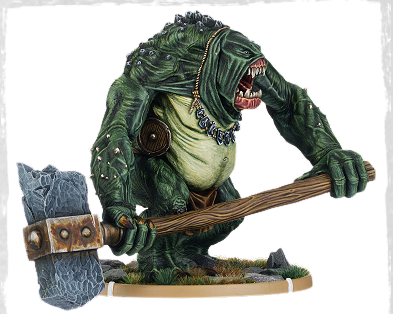 It's a Grimmtroll from Mierce Miniatures.

Hektor is collecting the army of the Forces of the Abyss. Chroneas is a choice that is hard to resist so no wonder Hektor picked it for his entry! 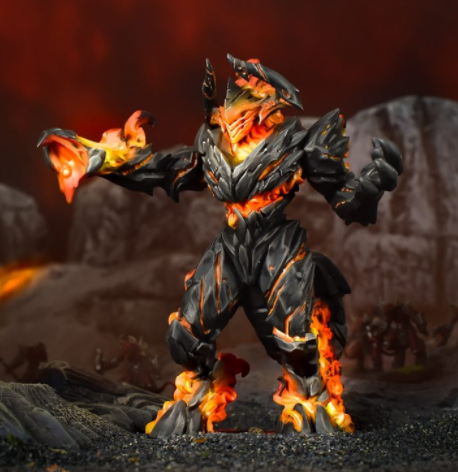 Gottfried made a great decision as well! The new range of Halfling models look really good but I have not seen Muster Captain on Winged Aralez personally yet. I am thus very grateful that Gottfried is going to paint this fantastic model! 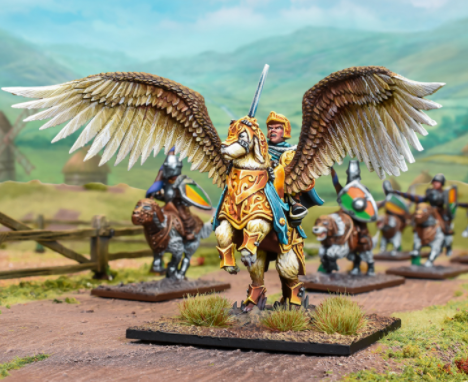 Michael has been perfecting his 3d printing skills for some time and has recently printed quite a number of great looking models. This time, he is going to paint the model for his new Salamanders army for Kings of War. A living legend, Rakwas the Pale Rider: 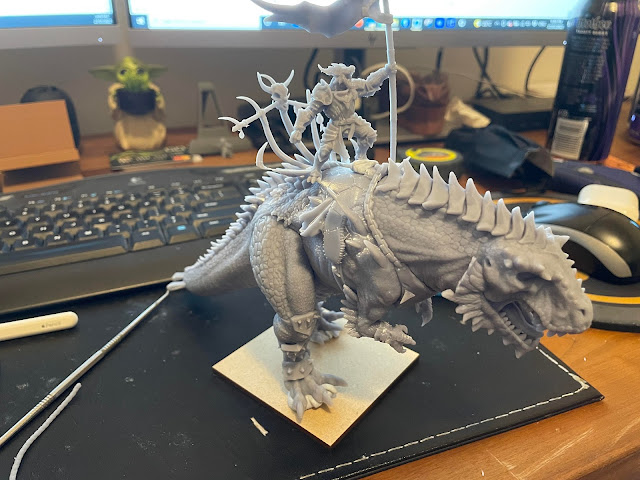 The model looks awesome and I can't wait to see it painted!

Michael decided he needs a Mammoth for his Ogres army in Kings of War. I think it is always a fantastic idea to add a big model to your force, it always looks much better with it! There are some really cool models out there you can use as a Mammoth as well and Michael chose this magnificent Rhino:

There is no doubt it is going to look great when painted!

Mikes is steadily building and expanding his Elven army for Kings of War. Majority of his models are Mantic too! You should check his personal topic on the Kings of War Forum:

However, this time he chose a very interesting model for a Treeherder: 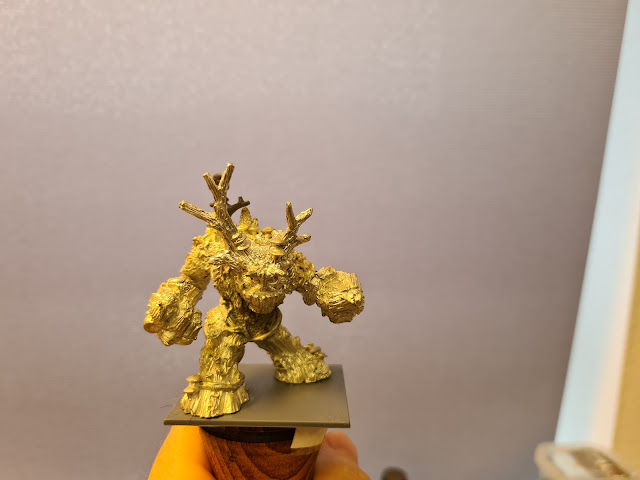 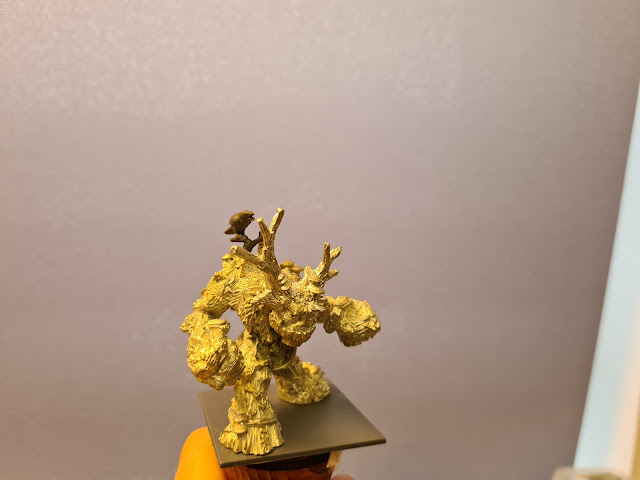 Mikes has even an interesting story he posted in the topic that is dedicated to monthly painting challenges:

Sceleris is doing a fantastic job by painting his armies at a very fast pace. I am always amazed how quickly he can get his units done. He always participates in the monthly painting challenges on the KoW Forum and contributes a lot! I am thus very happy he decided to join Monster March! His models of choice is a big knight that is going to serve as a Giant/Monarch for his Kings of War army! 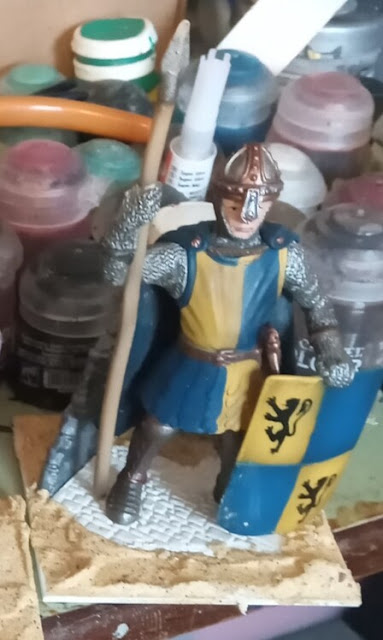 I am really curious about this model and can't wait to see it painted. Perhaps we will be able to convince Sceleris to post some group photos too, if only to check the size difference!

Wilberforce, as many others, did not resist the temptation to start a new Halfling army after Mantic's releases of the new models! We have already seen a few participants in this year's Monster March who also chose models for this faction. Wilberfoce is going to paint Halfling Harvester! 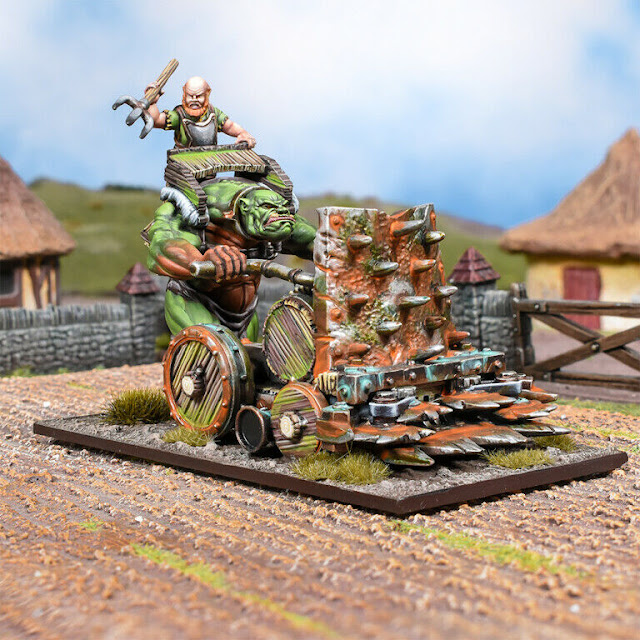 I am sure he is going to have a lot of fun with this model!

As in the previous years, I find it very inspirational and motivational to be among the participants of the Monster March. It always helps me to make some progress in the painting of my own models. So I decided to join with my own project too. I am going to paint the model to represent Argus Rodinar, the living legend hero for my Elven army for Kings of War!

Many thanks to all of you for joining the painting challenge this year! We started very well and I hope there will be more and more people joining the challenge in March.

All the best and I will see you next week!

Posted by Swordmaster at 16:33