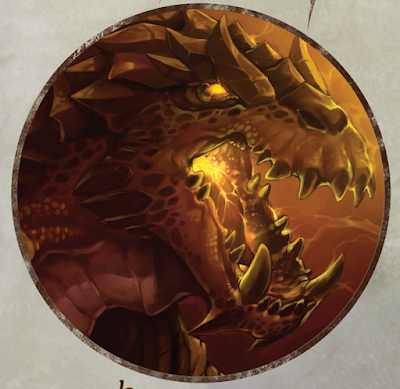 Welcome to my first battle report in 2021! Although I must confess I still have a few games from 2020 to write about and the battle I am going to present today is not even the first battle of 2021. But don't worry, they will all be properly reported sooner (hopefully!) than later.

What is then so special about this particular game that I decided to write about it first? Well, it is the first battle I played using Tabletop Simulator platform and I really would like to tell you about my experiences without too much of a delay!

Before I continue, I would like to thank Karl, who was very kind to be my guide, coach and the first opponent in this new universe! He prepared pretty much everything one may need to play Kings of War on Tabletop Simulator. As you can imagine, it is far easier to learn new things with someone experienced to show you the ropes. Hence, before I move to the game itself, let me tell you a bit more about Tabletop Simulator, especially if you have not heard about it before).

In short, Tabletop Simulator is a platform on Steam where you can potentially play any game you like (boardgames, table top games etc.). It is a tool to create all the components of the game of your choice and enjoy it online. In my opinion, it is not an alternative to games with real models but simply a fantastic expansion that allows you to play with people you would have otherwise have no chance to play. In the current circumstances, however, when a lot of people are in lockdowns, it can be the way to enjoy the hobby when nothing else is available at the moment.

You do have to pay for it on Steam but you gain access to a lot of games and models you can even adapt to your own needs. But don't worry, there is enough already created in there for you by other people to simply play the game already! In fact, I highly recommend reading the following article written by Karl and that was published on Mantic website:

How to play Kings of War on Tabletop Simulator

It is a great description of an essential details that would allow you to play Kings of War on this platform. In addition, Karl organized a Facebook group for you and there is even more in there if you would like to learn more:

What I also found attractive in Tabletop Simulator, is that it not only gives you an opportunity to play your games online, but also makes it as close to the real life gaming experience as possible. With 3D models and terrain, and the ability to import renders of your real models (although this is a skill I have yet to learn), it has the potential to make your games look as alive and real as normal.

I was thus very intrigued and could not wait to learn how to play with the new platform (new for me of course!)!

I am going to proceed to a regular report now but I tried to take some snapshots during the game that I will add as I would usually include photos from my games. I will then come back to a discussion about the platform and my first impressions after the battle report.

Karl chose Salamanders as his army for the game and you could tell he spent some time preparing the units with great looking models and scenic bases. We decided to play with armies at 2000 points per side.

What I always liked about Kings of War is the opportunity to create an unique army in each faction even if you may be using some of the popular choices. It was no different with Karl's army where he themed his force around more numerous contingents of Ancients inspiring the army in the battle instead the usual heroes.

Here are the details:

This army has 13 elements, 12 of them scoring and combined unit strength of 20. The very interesting part is that the inspiring presence is almost exclusively provided by troops of Ancients. Very heavily armoured infantry, that cannot be wavered and is very reliable on its own too.

The lancers and tyrants are army's heavy hitters and quite fast too. Only my own cavalry and fliers is faster than any of them and I had to avoid even frontal charges from either of the unit. They are fully capable of destroying any of my own on the charge.

Fire Drakes are probably my personal favourites in this army. Very tough, very manoeuvrable and very flexible, they add a lot to any army. It is no surprise they are so popular!

Small Ghekkotah Warriors are not to be underestimated as they can hold the objectives and hide efficiently from the enemy. Pathfinder ability would help in that. Of course, due to being cheap unit, they are often expendable too.

Here is the army I used in this battle:

My army has 14 elements, with 12 of them scoring and combined unit strength of 22. Both our armies seem to be quite similar from this point of view. Karl's force is obviously tougher and more reliable, i.e. it is more difficult to waver the units (if at all!). It usually means that such army is better in the war of attrition so I would need to make sure the fights I pick are over quickly. This is to not only to eliminate enemy units but also to keep the speed and momentum.

That's why I try to include a bit of shooting so that I can inflict some initial damage to help with the inevitable melee. But also to be able to force the nerve tests after combats where some of the enemies may be operational but damaged.

Fortunately, I have speed advantage to do it so let's see if that worked! :)