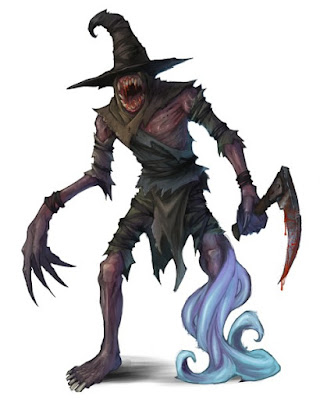 After more than 3 years since I switched to Kings of War as the fantasy system of choice, I have just reached quite a milestone. 100 officially documented games in Kings of War! I am really happy about it and I just wish I reached it earlier :D

It was a very interesting journey and I plan to continue on this path. Clash of Kings 2019 supplement is around the corner and it seems that despite other distractions, I will be playing Kings of War for another year!

It seemed quite fitting that 100th game happened to be against Jeff too! I have been playing against him and his varied armies for some time lately. All of them, without any doubt, were great fun and I believe I learned a lot from the Master himself. It may be difficult sometimes to stand up after another defeat but I keep trying to find a way to victory. :)

He brought Night Stalkers to the game again but with some modifications:


This time Jeff changed mainly his ranged attacks sources. Instead of Screamers he brought four units of Spectres. The advantage that army has over the previous version is that each element is considered a scoring unit. Hence, the combined Unit Strength of 21 and 13 elements may be very useful for scenario purposes. Spectres can be quite annoying against my small units as any shooter and because there are 4 of these, one can either focus fire or spread it accordingly to the circumstances.

As usual, the main challenge for me in this game is that although I have tools to deal with each threat in this force, I may not have an opportunity and/or time to deal with them all. Because of that I needed to see what is the scenario first in order to set priorities.

I had 15 elements in this game but one less scoring - 12. Three of my heroes are individuals so I could not use them to claim objectives or control the zones. In terms of the combined Unit Strength I had only 15, 6 short of what Jeff had. I have recently started paying more attention to such information as it should contribute to the plan. Lower number of elements and/or unit strength is not, by itself, a disadvantage but will shift the relative balance between the forces.

In addition to a very general objective of this scenario, i.e. get as many units of my own as possible to the other side and prevent Jeff from doing the same, I had to destroy more of his army than he destroyed mine. And that difference should be combined unit strength of 6 to make things even.

It seemed important to me to do so because with equal combined unit strength of the armies it was down to better positioning of the units at the end of the game that would determine the winner. If the combined unit strength is not equal, then the player with the higher one has more room to maneuver. She/he may afford the luxury of having some units not getting to the opponent's half it that helped routing enemy unit in hers/his own field.

Another interesting element I had to consider is that Jeff had enough units to block entire width of the battle field. Because of that I knew that no matter where I placed my forces, they would need to break through.

Hence, the plan was to: use my own shooting to eliminate Spectres (as they would harm my more fragile elements and interfere with movements), carry the fight to Jeff's half so that  I am already fulfilling the scenario objectives and kill more elements than I lose in doing so to reduce the advantage in combined unit strength.

Jeff won the roll off and chose to go first.


All three groups of the Night Stalkers army moved forward. The units on the left flank spotted an opening and maneuvered more aggressively, putting Elves under pressure right from the start. The units on the right moved to the proximity of the nearby hill, taking full advantage of the cover it provided.

Elves responded with their own dynamic maneuvers. Drakon Riders on the left flank flew towards the gap in enemy lines, mainly to avoid being intercepted but also to carry the fight to the other side of the battle field

The units in the center maneuvered to get into shooting positions and unleashed the volleys but the shooting was not as accurate as usual.


Night Stalkers continued their encirclement maneuvers on the left while Scarecrows kept marching forward. The units on the right flank jumped on the hill and Spectres opened fire at the Silver Breeze cavalry. This time Elves kept their nerve.


Elves decided to commit units to the fight first. If successful, they could potentially break through and divide enemy forces.

Storm Wind cavalry and War Chariots attacked one of the Scarecrows hordes but their attacks were quite unsuccessful.

On the right flank Silver Breeze cavalry charged the Spectres as they thought they had better chances harming them in melee rather than by shooting. However, they failed to do a single point of damage. Only one unit of Spectres perished due to ranged attacks.


Night Stalkers counter attacked and it was much more efficient than prior Elven charge. Coordinated attack of Scarecrows and Dread Fiend in the center routed War Chariots. At the same time Void Lurker and another Dread Fiend killed Palace Guard regiment on the charge.

In addition, two units of Spectres on each flank destroyed their respective targets as well and Elven army lost no less than four units in a single blow.


Palace Guard and Storm Wind cavalry charged again and this time managed to rout one horde of Scarecrows. At the same time, on the left flank Drakon Lord and Riders charged enemy Fiends. They were assisted by Silver Breeze cavalry and its contribution made huge difference. Fiends were destroyed and the units managed to avoid the attention of the Void Lurker or Dread Fiend for a while.


Despite small success for the Elven army, Night Stalkers had a lot of dangerous units operating freely. In particular, very dangerous Void Lurkers attacked again. One of them routed Storm Wind cavalry while the other approach the center of the field. Elves were in trouble now as they moved into enemy territory and exposed themselves to attacks from the most dangerous directions. It didn't help that on the right flank Spectres wavered Drakon Riders either.


Elves were in quite a dire situation and attempted to create some breathing space by destroying enemy units. Unfortunately, these attacks did not go well and Elves failed to rout designated targets. Now they would have to brace for the attacks from many directions.


As expected, the powerful attacks from many directions destroyed many Elven units. Caught when fighting enemy to the front by the most powerful elements of the Night Stalkers army, they had very little chance of survival.

Thus Elven dreams of victory once again turned into nightmares!


Elven survivors had no other option but to try to fight their way out of encirclement. But only the Drakon Riders managed to get rid of the Spectres. Stubborn Dread Fiend, despite being badly damaged, refused to perish.


With no resistance left, Night Stalkers had little trouble in invading the enemy territory. Dread Fiend and Void Lurkers closed in to catch and enslave the few remaining Elven warriors.


Although it would have not changed anything, Drakon Lord and Silver Breeze cavalry charged damaged Void Lurker. However, that desperate attack did not bring any results either and Drakon Lord with two remaining units had to flee the battle field for good.

Before the game Jeff mentioned that he does not do what I usually do in our games. He meant that he does not use his own highly maneuverable and fast units to outflank and create difficulties for the opponents.

He did exactly that this time and beat me in my own game of outmaneuvering, outflanking and attacking from multiple directions. Well done, Jeff, well done indeed!

It started with the opening on the left flank. It was not difficult to spot and I should always expect the enemy to do something like that. Unfortunately, I didn't deploy my own units properly and had to deal with this problem early on. It was not only about the Void Lurkers on the flanks but also about the support they got from Dread Fiends and other units.

I attempted to break through the center but that failed. What is more I could not prevent my own units being outmaneuvered and they died very quickly. Even if I managed to rout that Dread Fiend in turn 4, I still had to face two Void Lurkers and Dread Fiend anyway. They could have combined their attacks very efficiently in any configuration they wanted and most likely leave not much left to counter attack anyway.

I wonder if my idea of targeting the Spectres was good. On one hand I do need to take care of them but shooting at them was inefficient. And I didn't not inflict damage on units I needed to break on the charge. Perhaps I should have focused the fire on Scarecrows in order to have a better chance at breaking them?

However, the attack through the center can be successful only if the flanks are protected. I failed at delaying the left flank and suffered the consequences. I know I could not possibly match all three groups Jeff created. I attempted to focus on center and right. I am still trying to come up with a better idea for the deployment and I find it quite challenging. Such exercise is useful but one needs to remember that next game, simply due to the different scenario and terrain outline, the enemy will also be deployed in a different way.

What I also noticed in that game is that due to the initial mistake I started reacting to Jeff's maneuvers and I could never come back from that. The only highlight of the game was when I spotted a charge opportunity with Silver Breeze cavalry that swung the balance in my favor. Without the attacks of this unit (we checked!) I would not have routed the Fiends and that would have been even more difficult situation.

All the games against Jeff, in particular recently, make me re-evaluate fundamentals of the approach I chose. It seems to me that re-thinking the way I intend to win particular scenario is even more important than ever.

Posted by Swordmaster at 20:28