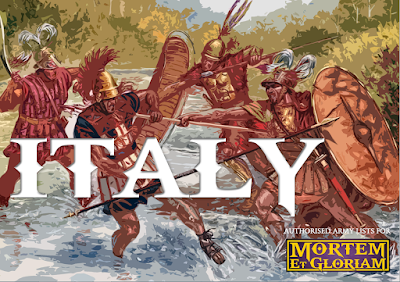 It has been a while since my last game so I was very happy that the opportunity presented itself to take the army of Seleucids again. This time against Mid-Republican Romans with Numidian Allies (around 200 BCE)! Perfect historical match up and the one I was looking forward to as well. It was due to the fact that my opponent, Rob, has just finished painting his Roman army and we tried to find time to test it.

I must say that the army looks fantastic! It was absolute pleasure to look at it from the other side of the table. It is also quite tempting to run by myself, if only to try a different style of warfare.

It was also kind of a rematch because I played against Rob during WinterCon where he brought his medieval French army and won! I was eager to do better this time for sure!

I suggested that since it was announced that the tournament during upcoming CanCon2019 will be at 11,000 points we should try that as well. Rob agreed! Here are the details of the force he commanded:


I think this is a very flexible force with a very nice mix of TuG's and SuG's. Obviously, as Roman army from that period, it is based around the Legions and I was very curious how would they do against the Phalanx. Two Legions are Superior which means they would have a slight advantage during Charge Phase. Then it is really equal where Pikes are balanced by a combination of Superior and Melee Expert. That suggests that Phalangites may have a slight advantage in TuG vs TuG fights as they are bigger. Occasional Shove may also help here. But this may also mean quite a long fight before any of the TuG's can actually break. In addition, there are three Legions with a combined 6 TuG's versus my 4 Phalangites, so it swings the balance towards the Romans.

Rob added one Italian Infantry TuG and three SuG's of Velites. He had an obvious advantage in that department because I brought a single SuG of Cretan Archers. I was sure he would try to use them to harass my Phalangites so I needed a good plan on how to disperse them and get stuck with the Legions as soon as possible.

Cavalry Contingent was dominated by Numidian troops. One TuG of superior Numidian Nobles was a very flexible and dangerous unit. Swift enough to avoid even my own cavalry but dangerous too, especially if allowed to assist Legions with timely flank/rear charge. Three SuG's of Light Horsemen also provided a challenge for my two SuG's of Tarentine Cavalry and Horse Archers. However, even with Legion Cavalry it seemed I may have a slight advantage in the heavy cavalry as I brought three TuG's of these, two of Line Cavalry and one of superior Companions.

It shaped up to be super interesting match up with neither of armies having a particularly strong advantage in any type of units. But the interaction between these units and ability to use small differences to big effects was where it would be mostly likely resolved.

I thought I would need to limit the greater maneuverability of the Roman army. While both our armies would need to fight in melee to prevail over the enemy, I had a feeling Rob would prefer to throw a few javelins at my units first!


In addition to the increase of the points limit I also used a different spread sheet for my own army list. To be ready for changes in 2019 that are going to introduce increased cost for Phalangites, I used Britcon version of the army list builder and came up with the force that I intended to try this time:

The main changes in comparison to the army I fielded last time are: Upgrade one of the generals to Talented, replace one TuG of Phalangites with Thracians, replace Javelinmen with Horse Archers and upgrade Cretan Archers to bigger unit.

Interestingly, with the higher cost of Phalangites, this was the army I initially wanted to field at 10,000! The good thing about it is that I should be able to paint it much quicker than initially expected. At this stage I have all Phalangites, Companions, Tarentine Cavalry and Cretan Archers ready. While it will still take some time to paint the rest, it is definitely closer to the goal of fully painted force than before!

One way to limit enemy's mobility is to force it to fight on the narrower battle field. That is why I chose Coastal Line to start with. Rob then kept moving towards the denser and denser terrain and we ended up fighting in the field with quite a few pieces available.

Fortunately, the middle of the battle field remained empty. That was good as it allowed me to send some skirmishers on the right flank, along the coast, then Phalangites would be able to advance with one side protected. The opposite flank and the center would be then controlled by my cavalry. At least that was the initial plan after setting up the terrain.

As I didn't mind getting extra pieces of terrain, I saved cards for outscouting phase and managed to outscout Roman by 50%. That confirmed validity of my plan as the Legions deployed mainly on the right, across where I planned to position the Phalanx.

One of the adjustments I made was to add Line Cavalry to the extreme right flank. I concluded that with the gap on the center left, I should be able to hold off Numidians for a while to allow two cavalry TuG's to get to the flank of the enemy infantry formation. That should be coordinated with a timely advance of Phalangites so that they could pin the Legions down to allow the cavalry to charge their unprotected flanks.

The Line Cavalry on the right was supposed to move together with Thracians and traverse the difficult terrain fast enough to threaten Italian Infantry and the opposite flank of the Roman infantry formation.


The Phlangites were very eager to get into melee as quickly as possible so it was no surprise they initiated the advance. Entire Seleucid Phalanx moved at a double towards the Legions.

At the same time, on the opposite flank, Horse Archers and Tarentine Cavalry advanced to meet the flanking force of the Numidan Horsemen.

Roman Velites and Numidian Horsemen tried to slow down the rolling phalanx but it picked up the momentum already and started pushing them back instead.

Seleucid cavalry moved in the gap left on the flank of the legions while the Horse Archers worked hard to distract the Numidians.

Seleucids chased the Roman skirmishers further and attempted first charges but could not reach swift enemy yet. However, Velites and Numidans were busy running away and their javelins didn't quite hit the targets with the efficiency and effect they hoped for.

Companions got into the flanking attack position but the Numidian Nobles were also threatening the rear of the Phalangite formation. Who would get there first?

It was now time for the main units to commit to melee. As a result of intricate sequence of charges and counter charges, half of the 1st Legion clashed with Line Cavalry while Companions outmaneuvered enemy infantry yet again.

At the same time Numidian Nobles attacked one of the Phalangite units but despite casualties, the disciplined Seleucid infantry reformed and started hitting back. When second unit of Line Cavalry approached to offer help, Numidian Nobles swiftly disengaged!

It meant that Argyraspides and another group of Phalangites could continue their advance towards the 2nd Legion.


More and more units were committed to the fight and as a result there were first casualties. Companions charged in time to relieve Line Cavalry and broke unit group of the 1st Legion. But the remaining half of it attacked Tarentine Cavalry that was fighting Numidians and broke them in return.

Argyraspides and Phalangites both engaged with 2nd Legion. Casualties were inflicted on both sides but it seemed that Argyraspides start gaining upper hand.

Remaining Line Cavalry charged Numidian Nobles and yet again both units were at the edge of breaking from combat.

However, due to prolonged fight, the battle carried on until the quickly descending nightfall and both armies had to disengage. While Seleucids seemed to get a bit closer to defeating the enemy and were approaching their camp, the battle remained unresolved.

First of all, many thanks to Rob for a fantastic game! It was great to play against his beautifully painted Romans and Numidians and I have even more motivation now to keep painting. I hope I will be able to field fully painted army to match his soon.

It's of course a pity we run out of time. I wonder what would have happened in the following turn. Would Numidian Nobles break Line Cavalry? Or would Seleucids get lucky and break Numidians instead? Would any of the Phalangite units manage to get upper hand over the Legionaries? Or would 3rd Legion win and start rolling the flank of the Seleucid infantry?

Even if Aryraspides managed to win against 2nd Legion I was concerned about all these skirmishers behind. They may have inflicted some more damage and shift the balance back towards Romans' favor.

I enjoyed the game also because we had a lot of maneuvering going on and there were a lot of moves that were meant to counter what the opponent has just done. It really reflected the effect of dynamics in the game where one can have a certain plan but it evolves and requires quick adapting to every single move performed by the enemy.

In terms of how well that plan really worked in the game I must say that I think it was not too bad in general. But I am fully aware that there are things that helped me a bit and things I should have done better.

First, the Phalangites did not suffer that much damage despite skirmishers in front of them. But it was due to the fact that Rob kept them a bit too far at the start and then did not have many opportunities to shoot without running away at the same time. I clearly need a better plan on how to deal with Velites and Numidians. If they managed to inflict more damage, my Phalangites would have been in bigger trouble while engaging superior Legionaries.

While Numidians on the flank were slowed down a bit, they still managed to charge the Phalanx and from the rear too! It was good to see that it did not result in a broken TuG but I need to do better next time and stop such situations completely. I came to the conclusion that I should have positioned my Line Cavalry on the left from the start. The unit spent more than half of the game moving out of the difficult terrain on the right. If it started on the left, I would have had balanced the advantage Numidians had there better.

Hopefully, it is just the beginning of the series of battles in the Phalanx versus Legion series and that we will have another opportunity to play against each other soon. This time to the full conclusion!

Thanks for reading!
Posted by Swordmaster at 21:07