Something Ends - Something Begins

Where does the Path of an Outcast lead now?

It seems to be quite a turbulent time for the people who played Warhammer. The game as we know it is not going to be supported by Games Workshop anymore. The company released their new product, Age of Sigmar, and many Warhammer players had to decide what to do with it. Some of them enjoy the new product, some don't and the reactions are as varied and as extreme as you can only imagine. I am, naturally, one of the players that tries to figure it all out and after weeks of reading the news, observing the way situation changed and how people reacted I decided to write this post to add to the enormous amount of reviews, comments etc.

The story so far

The new era made me look back at all these war gaming years again. It is actually good time for a summary as I have just finally updated this blog with all MSU reports I have written so far (yay me!).

I have started playing Warhammer since early 4th edition. I went through all these editions involved into hobby with various intensity. I remember first games with my brother and his friends. I remember showing the miniatures to fellow students at the university and they got hooked up too. There was a time of Floor Hammer then the time of discovering first small pockets of players around local stores. As the hobby won more and more followers bigger events were organized. I was happy to attend and then I also had a chance to be an interpreter to fantastic guys who created this game such as Tuomas Pirinen, Andy Chambers as well as a great sculptor Mark Bedford.

Years passed and I had fewer and fewer opportunities to play but I was connected to the hobby none the less. I fondly remember the time when I was part of the team that worked on translations of army books for several years until early 8th edition when GW decided to stop supporting that initiative. It was independent effort so we needed a licence to do so. At some stage the company decided it is, unfortunately, over. 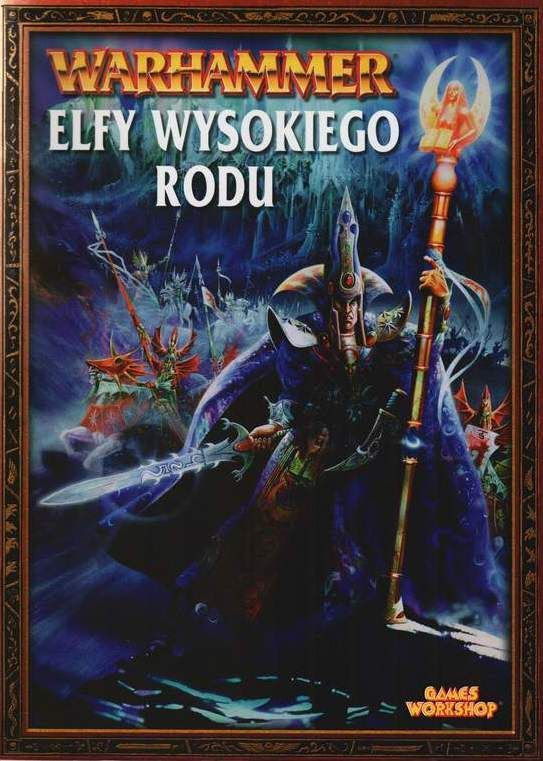 Some of the covers of the translated army books

Luckily for me I got a job in Australia and little did I know that my own Golden Age of Warhammer has just begun. First, I learned about 3 day tournament in the very city I was located and I arranged the miniatures to be sent to me. I initially planned to try version of cavalry prince I had a few games with. However, in the meantime I discovered MSU concept (thanks to SmithF at The Warhammer Forum). I discussed it with my brother, Mr. Eastern Barbarian aka Wardancer and he convinced me that it is a good idea to test. I also learned about Universal Battle platform  and thanks to that I had even more opportunities to play Warhammer.

I have played 140 games with MSU High Elves since then. All reported here, at Ulthuan.net, The Warhamer Forum, Wargamerau, some of them were also re-posted on Warhammer-Board, Chamber of the Everchosen and Bugman Brewery. I am thrilled at the thought that I created enough battle reports to provide content for more than a decade of White Dwarves of old!

85 of these games were played at various tournaments. I took part in  14 events, even won some and the crowning achievement for my efforts was to get an invitation to Australian Masters in December 2013.

I met and played against so many fantastic players and it was simply the best time for me ever in terms of war gaming. The best reward I got was, however, all that enormous feedback I have received from readers all over the world.

Thank you so much!!!

That was always the best motivation for me to keep posting the reports and to keep looking for new, more entertaining ways of presenting them. I hope I will be able to to do it for much longer but due to drastic changes that Age of Sigmar introduced I had to start looking for new paths.

I still don't know where it all is going to take me but it is clear that I am now embarking on the new journey to explore Other Realms out there.
Age of Sigmar

Age of Sigmar is completely new product by GW.  It picks up the story after the End Times catastrophe in terms of background (or some time after it) and creates completely different world (or worlds) to what we have known so far. It is also a completely different product rules wise in comparison to Warhammer Fantasy Battle.

I tried Age of Sigmar to see how it plays. I like the fact the rules were simplified and I liked the Warscrolls. However, I don't think it is a product for me as I look for completely different experience from war game.

First of all it is a skirmish system while I want to play with units and formations, so something based on individual models does not appeal to me that much. Second, I don't like some of the mechanics. For example, I find combat extremely messy and cumbersome to handle.

If not new toy then what then?
Ninth Age

First option to explore was to see what players, now officially unrestricted by the company, are going to do with the rule set of 8th edition they were left with. Many people want to keep Warhammer as a mass battle system alive and they quickly organized themselves and set up for work. You can check the current stage of the progress of that project here:

On one hand I am happy people pick up the work on the game they like so fast. There were many examples of good organizational skills and fantastic ideas realized by enthusiastic hobbyists. Swedish composition system, ETC, Masters events or in fact, any events were just it, organized by gamers for gamers. It is even more likely to get it going because it really does not matter in which corner of the world you are, you can actively participate and contribute to the project.

On the other, I can't help but notice how huge undertaking it is. And with so many different approaches to the game, would it be possible to reach a compromise? Even then, how many players would be willing to use 9th Age instead of 8th edition rules as they are?

Time will tell, of course, and I will be checking the progress regularly. In the meantime, I believe I will be playing 8th edition for casual games with friends simply because we all know the system. If it happens that there is an event that is going to use and I can go for then it is very likely I will give it a go too!
Kings of War 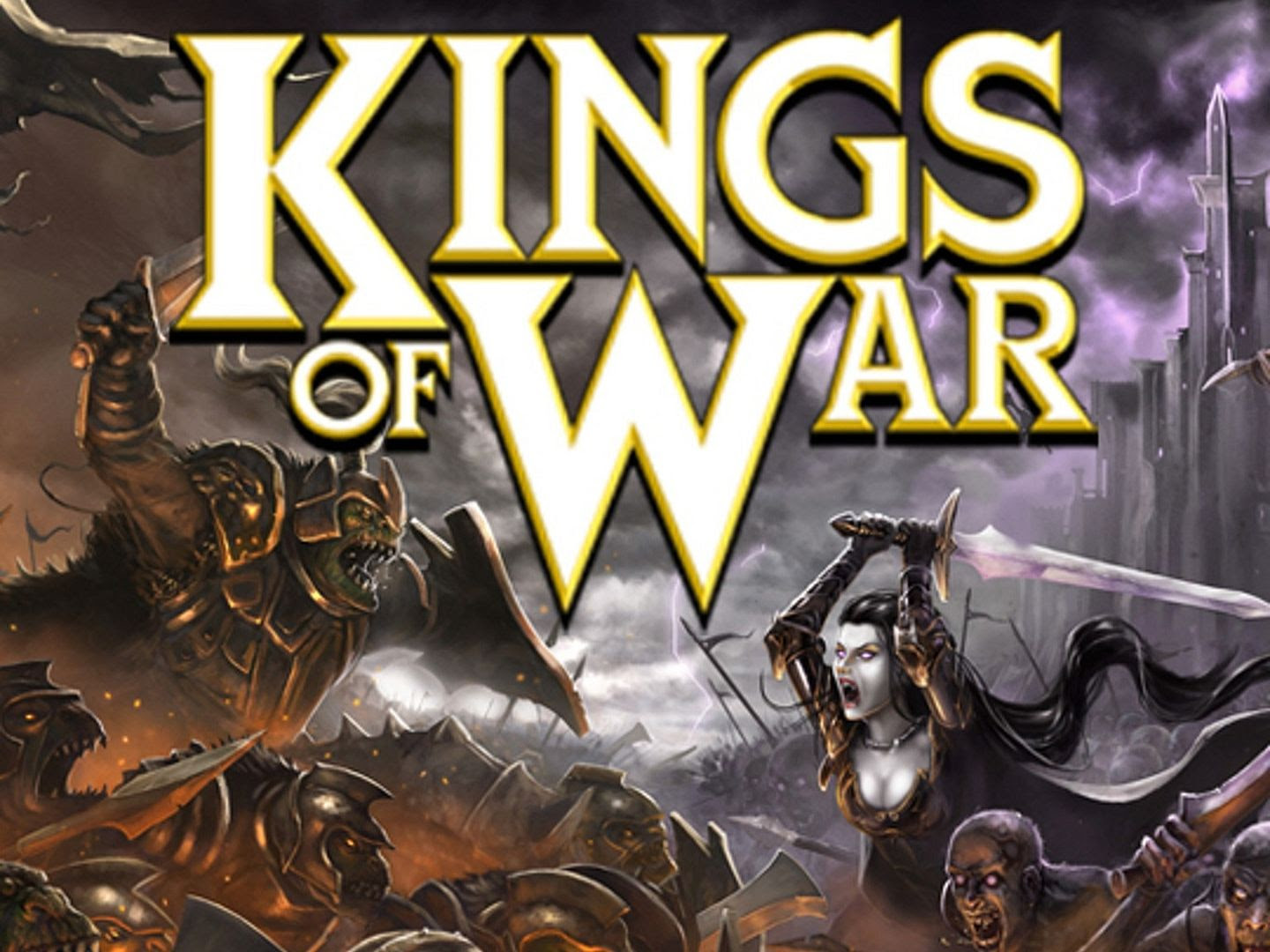 Kings of War is a young system and it is about to receive its second edition rule set. It is advertised as a system for mass battles in fantasy where movement and positioning is the key factor and where you command units while characters, war machines and units play important support role. That description was very attractive to me and I started looking for more and more resources.

My initial impressions are very positive. I watched a few games on UB too in addition to reading free rules available at Mantic website. I really like the focus on units in that game. I try to approach it with open and free mind so that my previous experience with Warhammer does not cloud my perception. It is totally different game, with different mechanics and deserves to be treated as a product of its own, not a substitution for some other game.

The rules are written in a clean manner and seem to be straightforward and easy to learn. Because the rules are relatively simple it also means there are far less opportunities to abuse them. At least this is my impression at the moment. I also like a focus on the game a lot. There is no pretending that Mantic produces something else. Their main product is the game and they aim to deliver the rules set that allows for tactical battle with the use of units in fantasy world. And that is what I have observed. Games were between armies of units. That in itself is enough for me to try it out. I also noticed that the discussions new players have are around armies and possible tactics.  The questions about the rules are mainly due to lack of prior experience. The good thing is that there is a competent Rules Committee that is very happy to help in any case so that people don't waste too much time and simply keep playing the game.

I hope I will have some observations based on real games to share soon!
Warmaster

Warmaster was, in my opinion of course, far better system for mass battles than Warhammer ever could have been. Not only the scale was far more appropriate but the rules were superior. It was very tactical game and I greatly enjoyed the battles in it, especially at larger points where single charge didn't decide on the outcome of the game. Unfortunately, the people I used to play with from time to time started to prefer some huge, multi player encounters where there is no room for maneuver and the game lasts too long.

Then I left and was occupied with Warhammer too much to try and find players in a new place. My mistake! I think I will like it very much to play this game again and I hope some of my old friends will be willing to dust off the miniatures one more time!

For modelling projects I have plenty of miniatures to assemble some historic armies for Warmaster Ancient. I am told the system is even better than Fantasy with the rules improved based on the experience with the first game. Not to mention that it would actually look great on its own to have a Seleucid army with Sarissa wielding Phalanxes :)

I know there are people still playing the system out there, might be a good time to try and connect with them.
Total War

It may look funny to talk about a computer game among the table top ones but I am very fond of Total War games. I think I started with Medieval Total War and it was a blast! Then I got hooked by Rome Total War, even closer to the favorite period of Ancient Military History I read about.

In the meantime I got myself Rome 2 and Shogun 2 but again I didn't have enough time to play these due to commitment to Warhammer. Is it now time to come back to these fantastic games as well? What is more, there is Warhammer Total War coming too, and by the way trailers look like it is going to be set in the Old World from before End Times. Very, very excited about this project and I do hope the release of Age of Sigmar is not going to mess the things up.

I must say I am overwhelmed by the sheer amount of possibilities that are connected to the Fantasy style games I can follow. And I didn't discuss here other options such as X-Wing or Flames of War either!

I really hope I will find new paths and that I will be able to make this blog grow with posts about the results of my explorations.

Posted by Swordmaster at 05:56