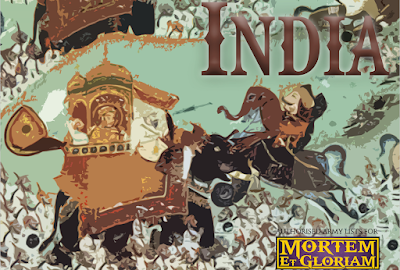 Greetings!
It happened that the next game of Mortem et Gloriam was a rematch! Once again, I was to face the army of Muslim Indian Sultanate commanded by Paul. I fielded the exact same army as last time but Paul was experimenting with different units available for this faction. This time he increased the percentage of the cavalry and based his army around TuGs of Turkish Cavalry.
What is more, Paul included only TuGs in his force which allowed him to increase the break point from six to seven! As a result, I had to find a way to defeat an army that is more difficult to catch, has better shooting and would take more effort to break. Here are the details of the army Paul brought this time:
Indian Muslim Sultanate 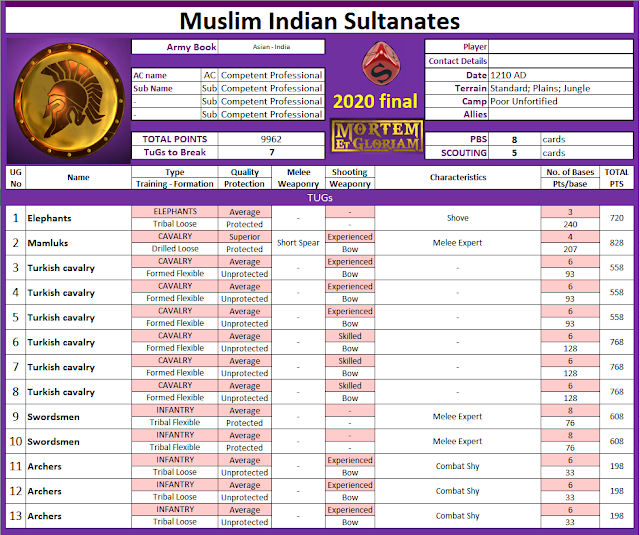 As mentioned, I used exactly the same army list as last time and here are the details:
Early Seleucid 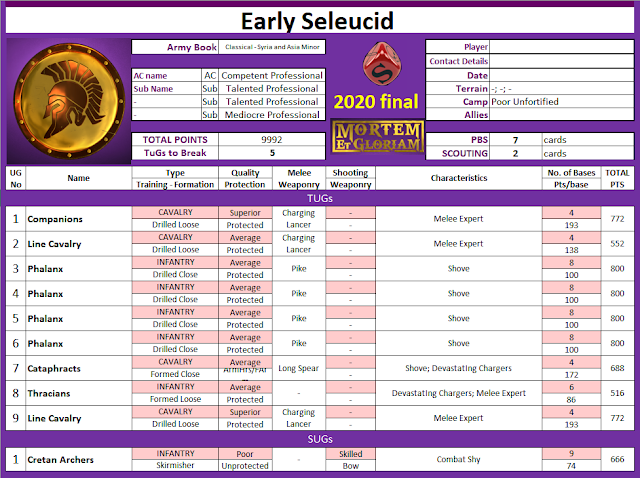