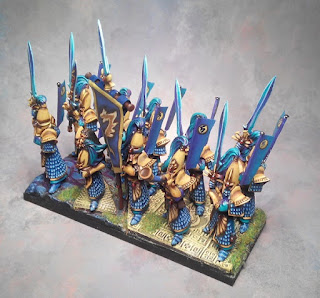 It seems that the unexpected hobby break is much longer than I hoped for.

With no new games yet scheduled (entirely my own fault :( ) I decided it may be a good idea to write a short post about a few things that did happen in the meantime. And to let you know I will do my best to get back to the regular posting about Kings of War!

I am also entertaining an idea of more recent short posts as I have seen that on other blogs and websites where the authors simply briefly discuss a topic. It sounds like a good idea to keep the blog updated and put some thoughts in writing. And with a busy schedule it may be a better way of staying in touch with the hobby!


1. How to Build Miniatures and Improve Your Skills 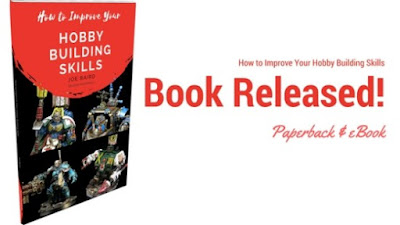 I would like to start with the book written by Joe B., the fellow hobbyist who is amazing at bringing various players and painters together and who is very well known thanks to his amazing Broken Paintbrush blog.

I highly recommend that book because it brings a lot of good ideas together. If you are a beginner this book will help you a lot with some good practice and good habits to be gained. If you are a pro you will find it useful to remind you about some fundamentals. And all would benefit from a large amount of links to some great websites and blogs.

That is a fantastic book, Joe! Thanks a lot and sorry for such a brief review at this stage.

Despite lack of hobby time I still tried to do something and I was very happy to finish the first troop of Palace Guard. I am in a very comfortable situation where I have enough painted models for the current army. However, I also have quite a number of great models that are still unpainted.

I decided some time ago that I will paint new models in the improved color scheme and start replacing old units with new. In this way I can still play games with painted models, do not rush the painting to do it on time before a potential event I want to attend and keep multi-basing.

I also experimented with the back banner for the infantry models to make it a common element among the units in the army (heavy cavalry has those) and to distinguish the models a bit more as I have not converted them at all. I am very happy with the effect and I have already started painting a second unit. However, I really need to exchange the banner and I will do so while painting it for the second unit.

3. Edge of the Abyss - Summer Campaign

I am really looking forward to this campaign. I am not sure how much time I will be able to allocate to games but I am very interested in the story line and the development of the world of Mantica due to this important event. 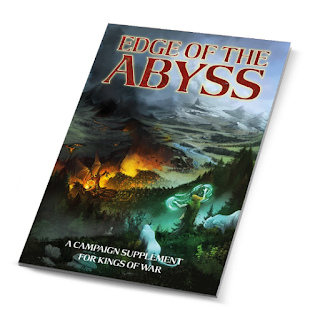 I have already pre-ordered my own copy and I can't wait to get it! It is fantastic to see that there are also new models released to support the campaign. You can find more information about the campaign on Mantic blog: Edge of the Abyss - Interview

One of the interesting elements that are also introduced for the games in that campaign are formations. It is a new concept for Kings of War and it means that if you take certain units then at an additional point cost these units gain special ability.

For example, if you take two regiments of Tallspears and two troops of Archers with a hero, all these units would gain Vanguard special ability for extra cost. While I have not yet decided if I want to use the formations (and I noticed quite a number of them require a horde unit to be taken), I am very curious about this idea and how would players implement them in their armies. For more information about formations in the campaign, follow this link to Mantic blog: Edge of Abyss - Formations

It is definitely an exciting time for Kings of War enthusiasts and I hope that the upcoming months will help the game grow even further and that more and more players will pick it as their main system.

Cheers!
Posted by Swordmaster at 17:02