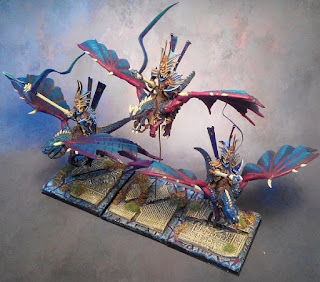 One more time we played with Clash of Kings Australia as this tournament was specifically organized to practice for the bigger tournament in January 2017.

I got used to it already, I think it works very well. The only thing, and the one that has been discussed already, is that there may be a need to extend time between the rounds a bit. The reason is that with 10 people it was working fine. But with 50 some will start their chess clocks later than others so that may create a bit of delay. In addition, with more people to change tables and a bigger venue, it simply is more practical to have more time to relocate to a new table and game.

I think it is obvious that terrain plays an important role in Kings of War. That is why I always pay attention to the terrain, what is the type and how many pieces are there. For a small tournament it is always easier to provide enough variety. However, I still found that tables didn't necessarily had many different  types of the terrain.

In my opinion the ideal would be to have 2 pieces of each type, namely: hills, forests, difficult, blocking and obstacles. It may be a bigger challenge to provide these for a bigger tournament but I hope it can still be organized.

The way the terrain is set up is also important and I will not deny I would like to see Kings of War - Map Pack used. A printed page with such a map for each table would also be handy, as I have seen it done on other tournament.

I also know that Matt was debating if the Hills should not be Height 2. I honestly don't know what is the better option for the event. From my own point of view both options have advantages and disadvantages and I will try to adapt to any.

There were 8 armies represented among 10 players and again Elves were the most popular one, with 3 players taking this force. I think it is still a great cross section and it is good to see people play with different factions.

The final results as well as for each round can be found here. Below I posted the table for the final standings:

As you can see 4-dragon-army dominated the field and Elves are clearly over-powered!

I am very happy with my own performance as I did better than last time and I managed to finish my games in designated time. But including the deployment too! I guess I simply needed a bit of practice to play faster. Now I need to focus on playing better :)

One of the things I also wanted to check was the version of the army that had no bolt throwers but 2 regiments of drakon riders. I must say I am very pleased with the new experience as I felt more comfortable with this army.

One reason is that I noticed that I play more carefully or even shy with units that are more expensive. So my cavalry regiment I used before was often kept away from harm and was not committed where more decisive moves were beneficial.

Two units of Drakon Riders together with two Storm Wind troops seem to offer more mobility to the army. While I would love to add 1-2 Bolt Throwers anyway, I used to position them either with no support or had to dedicate some units to defend them. Now I have more units to work with in the field and I believe it suits my style better.

I also noticed I started using more space rather than cluster the units on one flank which I think is a good sign. My goal now is to keep playing with this army so that I also have time to paint the models I intend to use. At the moment the force is in a process of replacing the old units with the new ones. That is why I was even more surprised to receive the vote for the best painted army. Thanks guys! Also for the kind words and comments, in particular about my most recent addition, Drakon Riders:


Thanks for reading! I am looking forward to reading your comments!

Posted by Swordmaster at 21:05